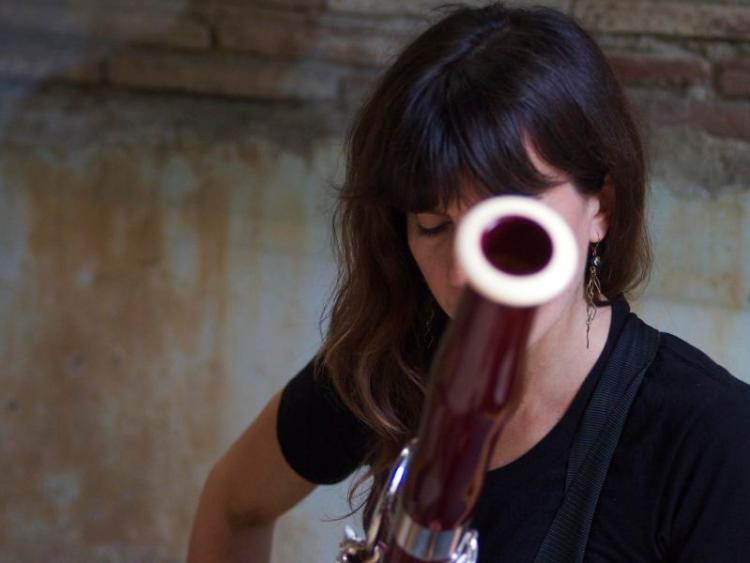 Open the pages. Hear the sounds. Over an evening and a day, musicians of the highest international calibre, many of them making return visits, come to Dundalk to perform five books of music, including contemporary classics and works specially created for this unique occasion.

The Book of Light and Shadow (Dundalk Gaol June 17, 8pm) is two books. It is a Book of Angels, a collection of 300 mystic tunes by the New York master of sound-magic John Zorn, and it is a book of photographs – heliographs, as they were originally called, pictures made by the light of the sun.

Zorn is choosy about the musicians he lets play his Book of Angels. For this concert he has given permission to the outstanding group Saltarello, on strings and percussion, who will make a recording for his Tzadik label.

The group is joined by the glorious French soprano Hélène Fauchere for Heliography, commissioned for this concert from the brilliant Lithuanian minimalist Onute Narbutaite.

Garth Knox plays the viola d’amore, viola of love, a gorgeous, resonant instrument associated throughout history with the warmth of love as part of The Book of Love at St Nicholas Church of Ireland on Saturday 18 June at 1 p.m. The cellist Agnès Vesterman joins with Knox through a program of musical love and folly. From the eerie magic of it's sympathetic strings, the "viola of love" can turn many heads and introduces us to new, and unexpected sound worlds, from which we are loath to depart. The program is punctuated by three of Garth Knox's enigmatic miniatures for violin, the Violin Spaces, played by the brilliant young Dutch violinist, Diamanda Dramm.

Acclaimed as the greatest piano music since Ligeti’s Etudes, the Book of Elements (Dundalk Gaol June 18 at 3pm) is a central work by the constantly surprising Scottish composer James Dillon. The English virtuoso Ian Pace has been associated with this gripping project from the beginning, and comes to Dundalk for a rare complete performance.

German composer Jakob Ullmann writes music for The Book of Quiet (Dundalk Basement Gallery on Satruday June 18 at 5.30pm) in which the infinitesimal becomes momentous. For Louth he has created a new piece for live bassoon and recorded voice, to be performed by the extraordinary musician-improviser Dafne Vicente-Sandoval. The title, Müntzer’s Stern (Müntzer´s star), refers to Thomas Müntzer, the most radical spirit of the early Reformation. Tickets are limited for this music of intimacy and extreme quiet.

This culminating event introduces the Swiss composer Jürg Frey, whose music is noted for its gentle wide spaces, allowing listeners to revel in the “corporeal splendour of undiluted sound” in Book of Songs (St Nicholas Church of Ireland, Dundalk on Saturday 18 June at 8 p.m). Three works of his are on the programme, including the mesmerizing 24 Wörter, where 24 words provide the entire text for a journey through 24 songs.

Completing the evening are more songs, by the Polish romantic Henryk Górecki, and Galina Ustvolskaya’s stupendous sonata for violin and piano.

This concert is being recorded by RTÉ lyric fm for future broadcast.