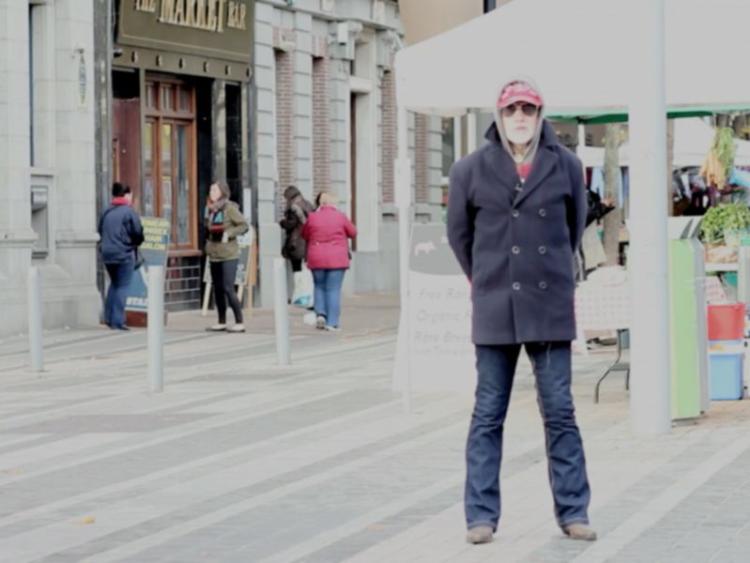 Paddy McDowell is a staple of Dundalk and one of the town’s more interesting residents.

A short documentary about Paddy titled ‘The Singing Zen Cowboy’ was created by Steven Larkin recently.

The description of the nine-and-a-half minute video reads: “A short documentary about one of Dundalk’s best-known, yet most enigmatic characters.

“Many people believe him to be crazy, yet after gaining an insight into how he views the world it makes you wonder, who are the crazy ones, us or him?”

Many people assume that the singing sensation is happy the whole time because he is singing, but nobody is really listening to the man.

“I could be singing a sad song and I could be unhappy inside and people could be saying he’s happy but they’re not listening, you can’t be happy all the time,”Paddy said.

Music has always been a comfort to Paddy since he was a child and maybe it is how he copes with stress in his life.

“Probably Daddy would say if he was here now ‘you’re mad going down the street singing’, some people did call me mad but I didn't mind,” he said.

Residents of the town have come to find comfort in Paddy’s antics. They applaud his self expression through fashion and his singing puts a smile on their faces.

“I remember daddy saying one day that you’re not going out like that, he wouldn't let me go out. I didn't see any different in my clothes, he added”

Although most people welcome Paddy’s antics, not everyone is so kind. “One day someone told me to shut up and I just went on with my business, I should have yoked them and then went on. I think there’s something wrong with them. There are people who aren't getting a kick out of life and they need drugs”, he said.

Like many people Paddy has suffered loss in his life and it seems that he is very much alone in this world. People see him as this happy go lucky person but the reality seems that is not the case. “My life hasn't been that good I never had a girl in my life, at all ages. I would of liked to have someone in my life, because I was a good-looking guy,” he said

Although life may not be perfect for Paddy he chooses to be kind to those who aren't kind to him. “The devil is a liar, the devil would say we are this and that but he is a liar.