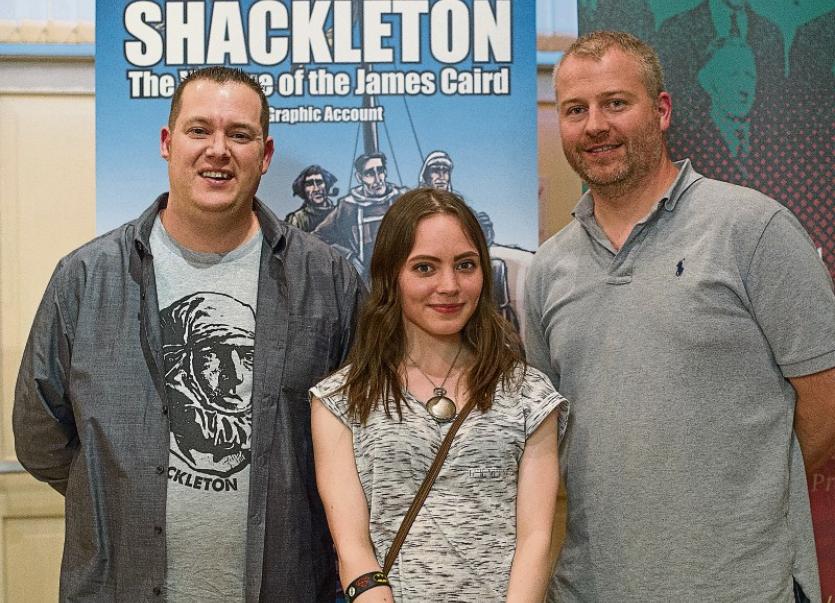 Shackleton’s efforts to save his men culminated in the most dramatic real-life open boat journey in the history of mankind. This is the first graphic retelling of that story. Gavin now lives in Tullamore, Co. Offaly, with his wife and three children. He wrote all of the the words for the new book and stated that: "I’ve always been inspired by Shackleton’s leadership on the Endurance expedition so when the opportunity arose to write this story, I jumped at it."

“This story is for everyone from children to adults because it’s a great adventure and example of courage and determination in one of the harshest environments on earth.”

The graphic novel was illustrated by David Butler, originally from Kildare, David is a graduate of the Dun Laoghaire Film Institute of Ireland, Animation Production.

He has worked on several award-winning projects, including the BAFTA award winning 'Sir Gawain and the Green Knight'. He is an animator and illustrator, and lives in Laois with his wife and three children.

The novel will be the first ever graphic publication, to tell of the efforts that Shackleton made in order to save his men culminated in the most dramatic real-life open boat journey in the history of mankind.

100 years ago, Ernest Shackleton, Tom Crean and four others braved the treacherous Southern Ocean in a 25-foot lifeboat. They did it to save their 22 colleagues left on Elephant Island after their ship Endurance was trapped and crushed by ice. All 28 men came home safe.

'Shackleton – The Voyage of the James Caird: A Graphic Account' with text by Gavin McCumiskey and illustrations by David Butler is published by The Collins Press, price €9.99. It is available in all good bookshops and online from www.collinspress.ie.