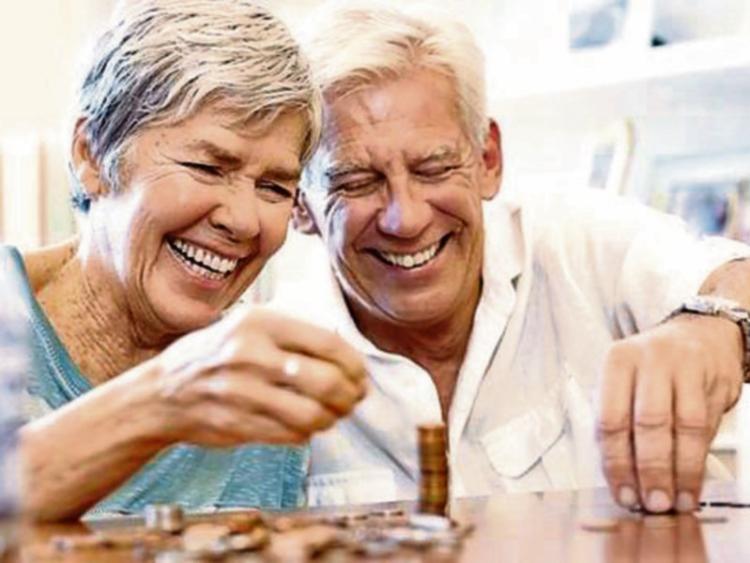 No matter how hard every Irish government tries to ignore the pension problems we have in this country, or to pass the parcel to the next administration, they simply won’t go away.

I attended at a major pension conference last week on the dire conditions of our state old age pension organised by the Society of Actuaries and the think-tank, PublicPolicy.ie. The most salient and ironic comment made was by the retired head of the Pensions Board (and PublicPolicy.ie director) Anne Maher who said, “If we had undertaken the pension reforms recommended in the late 1990s or in the 2000s, we would not be here today.”

I remember well the first major report which started being compiled in 1993, the ground breaking and seminal National Pensions Policy Initiative. It’s most notable achievement – years later – was the introduction of the Personal Retirement Savings Accounts (PRSAs).

Several other major studies have been rolled out since then, but the pension time ticks away, louder and faster. We are not the only country struggling to come to grips ageing populations and insufficient amount of funding. Back in 1993 we were in a perfect demographic position (with a very, very young population) so reform the old age pension, but 23 years later, we too are running out of road and now face a huge jump in the percentage of gross domestic product (GDP) needed over the next few decades if today’s young workers will see any benefit from their PRSI contributions.

Since this is the fourth article in our ‘Spring Clean/Declutter Your Finances’ series, you might want to know what kind of conclusions and recommendations were being bandied around at last week’s conference: three important reports were discussed, the substantive 2014 OECD Review of Pension Systems and two others, on Ireland, by the private consultants, Milliman and McKinsey.

All three come to the pretty much the same conclusions: Irish people are living longer, which is a good thing but they are not contributing enough to state or private pensions. Universal benefits are too high; deficits are growing and are becoming unsustainable. There is too much inflexibility around retirement rules.

The recommendations that have emerged are – and this is the good news – are varied, practical and do-able, but will take considerable political will and courage: retirement age has to increase to reflect greater longevity and improved health outcomes for older people; contributions have to increase if benefits are to be sustained for longer; universal benefits, need to be reconsidered to improve more equitable financial outcomes for all pensioners. Incentives need to be considered to change attitudes in favour of working longer, but differently and taxation has to be reviewed to stop incentivising early retirement.

This isn’t an exhaustive list. But if these key recommendations are ignored, the gap in Ireland between how much it currently costs up to fund the €12,131 per annum pension to 600,000 pensioners – 3% of GDP - will soar to over 9% of GDP by 2055 assuming our pensioner population more than doubles to c1.4 million over 65’s.

So if you have a state pension, lucky you.

But if you retire at 66 and live to be 86, you will collect (at the current payment) nearly €243,000 in benefits (and at least another €161,700 if you also claim for an adult dependent). Even if you earned the average industrial wage every year of your working life, the amount paid into the Social Insurance Fund (which is not exclusively for pensions) would have been far, far less than what you will collect.

Most civil and public servants who receive a final salary defined benefit pension (half salary, plus 1.5 times final salary as a taxable lump sum) will enjoy a greater income than if they received the State pension. But the people who will struggle most, are those members of defined contribution or self employed pensions who, on average will end up with private retirement incomes of between €3,000 - €5,000 per year. Without the state pension, which represents c33% of the average industrial wage, many would be destitute.

Until governments start taking action on the funding and sustainability of ALL pensions, you need to:

Review your PRSI contributions. The eligibility rules keep changing. Will you have paid enough to claim your pension at retirement age?

Do you have a private pension? How much of your salary are you and your employer contributing? You should be allocating at least 10% of your gross salary…from the moment you start working.

Are you nearing retirement age, (say within 10 years)? Get an accurate assessment of what your fund is worth now and how much income and tax free lump sum that represents. Get a forward estimate as well. Will it be enough, with the state pension, for you to live on?

If you are facing a pension income shortfall, get ALL your retirement provision reviewed by an independent, impartial adviser. See www.sfpi.ie for a financial planner near you.