1916 Remembrance and opening of Peace Park 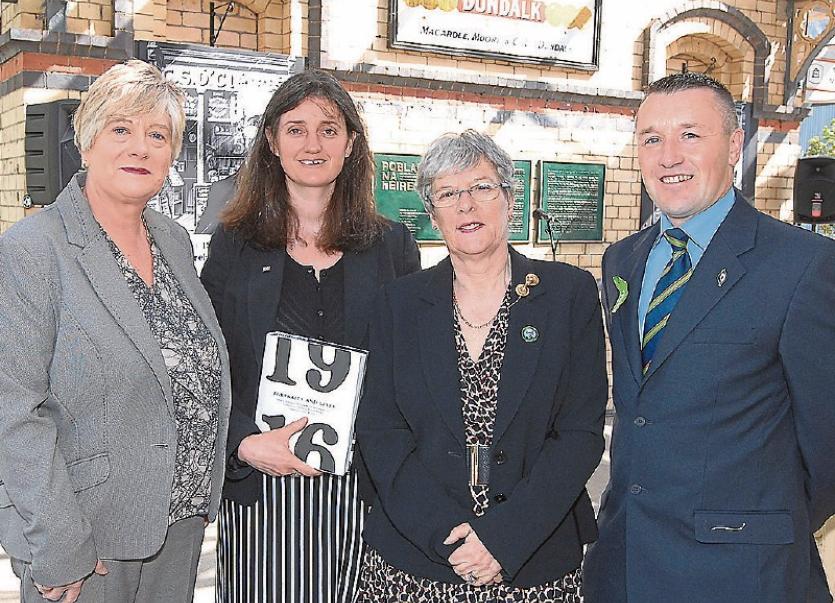 On the 50th anniversary of the Easter Rising in 1966 all the main rail stations in the country were renamed after the signatories of the proclamation and Dundalk was renamed in honour of the most senior irish volunteer, Thomas Clarke.

Mr Monaghan thanked Louth County Council for the “fantastic work it has done both here and elsewhere during the 2016 Centenary Programme including the park at the Fairgreen. He also thanked Iarnrod Eireann, the Royal Irish Academy for the specially commissioned portrait of Thomas Clarke, Louth Historical Society, the corporate communications staff of Iarnród Éireann and the staff at Dundalk station.

And towards the end of the proceedings his Dad played Amhrán na bhFiann on the accordion.

Mr Duffy said the garden includes a time capsule containing proclamations written by children describing how they would like to see Ireland develop in the future.

He welcomed Helen Litton, great niece of Kathleen Daly, wife of Thomas Clarke and thanked the choir and orchestra of Colaiste Ris, the FÁS team, “without them the garden would not be possible”, Mary Caplis, Louth County Council, Colin Matthews engineer, Benedicta McArdle, Louth County council outdoor staff, the Gateway team for all their magnificent work.

Cllr Doyle said the garden was a superb addition to the range of history-based activities and initiatives created by Louth County Council as part of the Ireland 2016 Centenary Programme.