There will be no change in cycle lanes this year 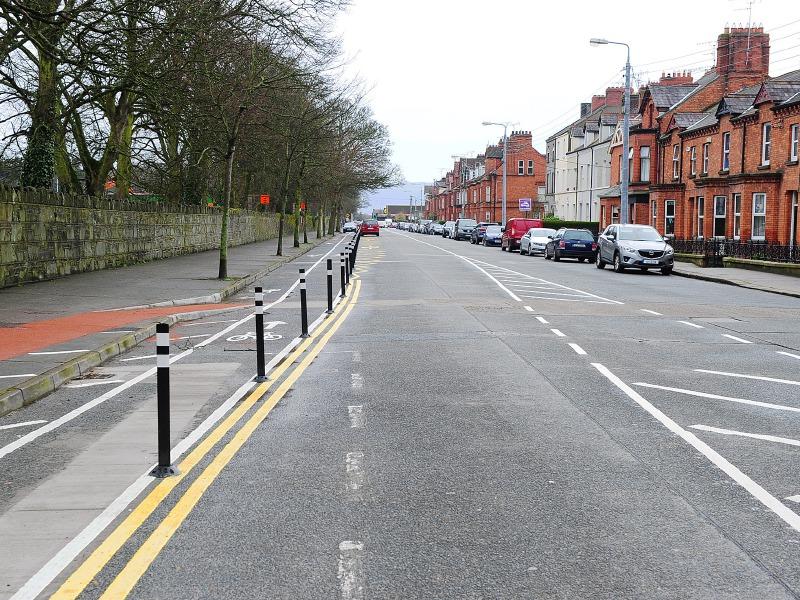 Louth County Council has no money to spend on any changes to the cycle lanes on St Mary’s Road and engineers are not in favour of removing the bollards, which many councillors have said are an eyesore and have spoiled the aesthetic qualities of the whole area.

Cllr Mark Dearey said the manner in which the cycle lanes have been designed has changed the character of the road.

If the bollards were erected to stop parking on the cycle lanes, then in his opinion that was a mistake.

The road and the footpaths are so wide on St Mary’s Road are so wide, the cycle lanes could have been laid out in a manner that did not require the erection of the bollards.

He maintained that the council should make better use of the footpaths and do away with the bollards.

At the previous meeting councillors had called on the county council to remove the bollards immediately.

in compliance with the guidance set out in the National Cycle Manual. The bollards are an integral element of the design of the cycle track and their function is to prevent traffic tracking onto the cycle track. The council does not intend removing these bollards as to do so would be prejudicial to the safety of vulnerable road users cycling to and from school.

However, at last week’s meeting, senior engineer Pat Finn said that at this point “the council hadn’t ruled out anything”.

But nothing will be done this year.

Cllr John McGahon said that if it is going to be redesigned then councillors should shown any proposed changes so that a design, that is suitable to residents, can be agreed upon.