Cannabis protester sparks up joint at courthouse to 'raise awareness' 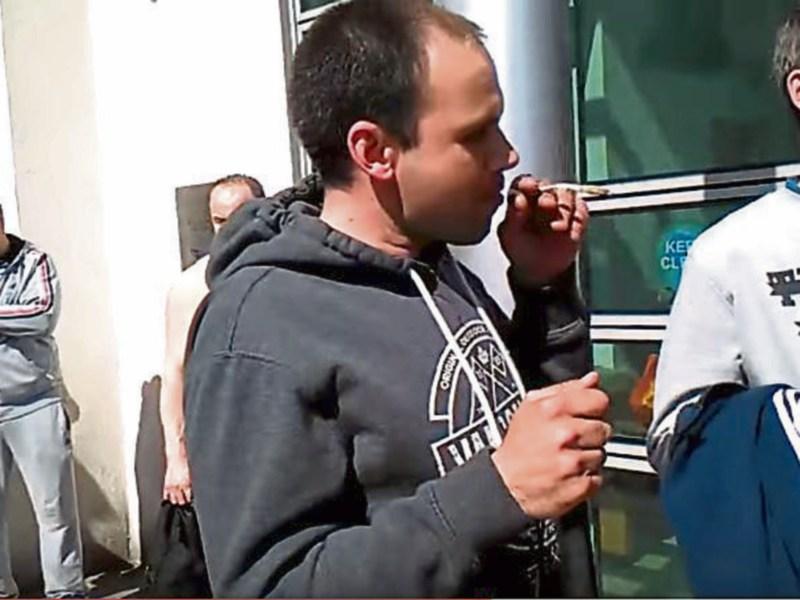 A campaigner who believes cannabis should be legalised sparked up what appears to be a joint outside Dundalk Courthouse during a court session last week.

The remarkable moment was caught on camera and features Castletown Road Dundalk resident Mark Fitzsimons lighting up what he claims to be a joint.

Fitzsimons challenged gardaí to arrest him and shouted into the court building at the Crowe Street entrance to the courthouse.

Fitzsimons can be heard shouting into the courthouse: “This is a medical issue not a criminal issue. Stop making criminals out of people for using a harmless plant.”

He goes on to say: “Why are people being criminalised for using their medication?”

Known locally as 'Blind Mark' - Mr Fitzsimons has raised the issue of cannabis legalisation with the Irish justice system before.

He made national headlines a several years ago when he handed himself in to Dundalk Garda Station in order with a quantity of cannabis and demanded that he be arrested.

When the case came before a judge he told the court he began to use cannabis to alleviate the pain caused by his glaucoma symptoms, which caused great pressure on his optic nerves, as he was collapsing from prescription medication and ended up getting pain-killing injections in casualty.

Mr Fitzsimons - who is also a disability advocate - has also criticised the structure of Dundalk District Court in recent months, due to the lack of wheelchair access to some of the courts.

The former European election candidate interrupted the court list at Dundalk district court in January to claim that the court was sitting illegally.

Mark Fitzsimons told Judge Flann Brennan that under legislation that came into force on 31 December last all public buildings must be accessible to members of the public.