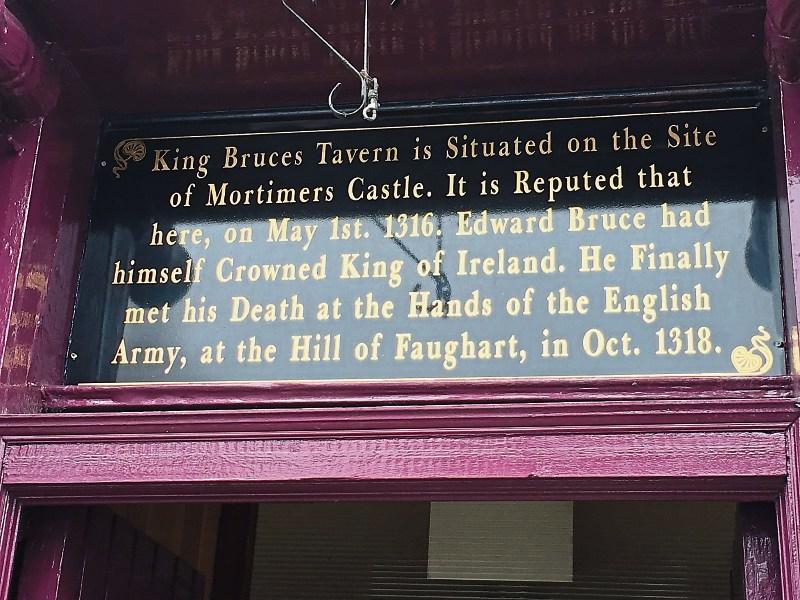 This week sees the 100th anniversary of the executions of the 1916 leaders, starting with Clarke (the Supreme Commander IRB), Pearse and McDonagh on 3 May.

On Sunday there was the 700th anniversary of the crowning of the last Irish High King, Edward de Bruce. This took place at Mortimer’s Castle in Dundalk. He was brother of Robert de Bruce King of the Scots, he of the spider story and Wallace's (Mel Gibson Braveheart) King.

Edward with The O'Neill had taken Ulster and this was his start to attacking the Pale. It is interesting to reflect that Dundalk was even then a border town, between Gaelic Ulster and English/Norman Leinster.

Robert ruled most of Ireland until he retreated back to Dundalk in 1318.

This was due to the mini ice age (no global warming) which created famine in 1317.By that time the Normans/ English had sent an army from England to challenge Edward.

Robert, King of The Scots, was with Edward in Ireland for some of the campaign.

In October 1318 Edward was defeated and killed at Battle of Faughart.

His grave is in Faughart graveyard. However he was quartered and parts of his body were sent to London and Dublin as a warning to others.