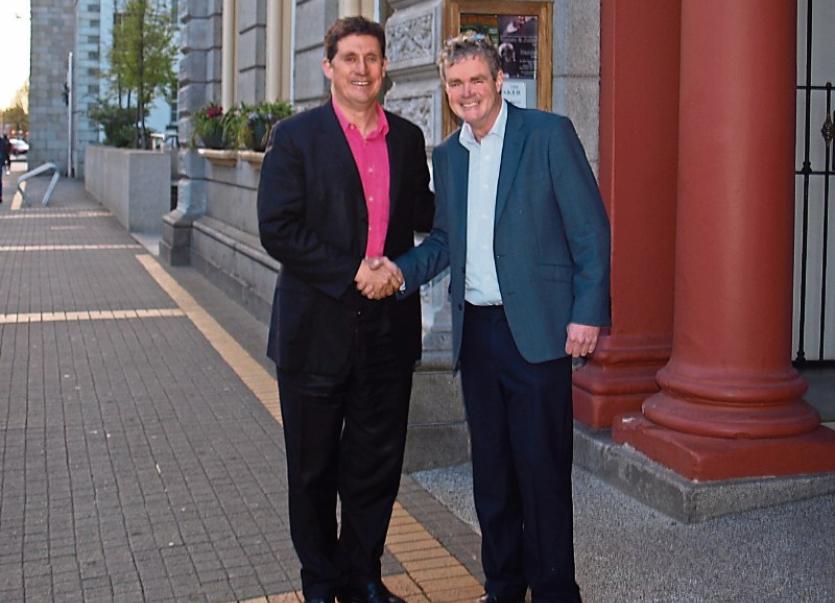 “There is a very unsettling feeling in our national parliament. It’s a feeling similar to six years ago when the country was on the precipice of a national disaster. You had a sense then of walking on a ledge, a tangible sense of history, that things could go either way. It’s a similar feeling now, not because it’s so dangerous, but intangible, as if there is no sense of direction.”

That was Eamon Ryan speaking in the Town Hall in Dundalk last week. He had just come from Dail Eireann to address a meeting on Brexit and the threat it can pose for us here in the Republic.

He had been delayed. Stuck in the Port Tunnel. The Dail has been stuck for 60 days. Is there light at the end?

Mr Ryan believed that all sides have been genuine in the talks on trying to establish and support a government that would work, but we have “tripped ourselves up over water charges” he said.

And speaking on the referendum across the water, he said he does not believe that Britain’s exit from the EU would work and his argument was not one of self interest.

He believes that if we all look at the bigger picture, we can see that isolationism is not possible in the world as it is today.

“If Britain goes,” Mr Ryan said, “it will stoke the nationalism we see in Europe at the moment in countries like Hungary and Poland.”

He believes that Britain has a choice between reverting to the old empire illusion or continuing with its international responsibility.

One example he gave was the manner in which the EU has handled or mishandled the refugee crisis.

He pointed out that we are consuming energy that isn’t sustainable and the resulting climate change is collapsing economies in many parts of the world. The refugee crisis is not just about Syria. People are fleeing famine and drought in countries as far off as Pakistan and the only way to manage the problem in the long sustainable term is by collaborating economically.

And how did the EU respond to the refugee crisis, to the tens of thousand of migrants still coming or trying to come to Europe?

There were individual responses, such as that of Germany, but no united response.

“The EU works when it works as a union,” Mr Ryan said. “I want a union and one threat to that union is Britain leaving.

“If Brexit doesn’t happen we have a responsibility to say we are in this union together. We can persuade them not to go, but that does not mean we just keep the status quo.”

This is the bigger picture that he is looking towards and what he meant when he said that coming to Dundalk straight from the Dail he was concerned that people were not looking at the bigger picture and that we had “tripped ourselves up over water charges”.

And it was noticeable that he said we, for as Green Party councillor Mark Dearey, who organised the meeting said, this was “a key civic meeting about the issues around our relationship with Europe and Britain. It got a good airing. People of all political hues were there, a sign that open debate is possible”.

This meeting was a welcome reprieve from the childish slagging of opposing political views that often happens in debates, especially in the Dail. It’s nobody’s fault. It has just become the norm. But people confuse that type of engagement with good political debate.

More often than not it simply provides poor pantomime.

Cllr Dearey pointed out that this meeting on Brexit was the first political debate in the Town Hall since 1982.

“It is primary a discussion and dialogue,” he said at the beginning, “and I hope the Town Hall will be filled with political debate in times ahead.”

Cllr Dearey said he does not see the EU as by any means perfect and that Brexit has “set off alarm bells throughout Europe”.

He believes that the EU needs reform but, like party leader Eamon Ryan, he knows that reform comes from the inside.

When Eamon Ryan said that we should persuade Britain not to leave and stressed that this did not mean we keep the status quo, he too was talking about changing our views about ourselves, Europe, and all our international responsibilities.

About light at the end of the tunnel.