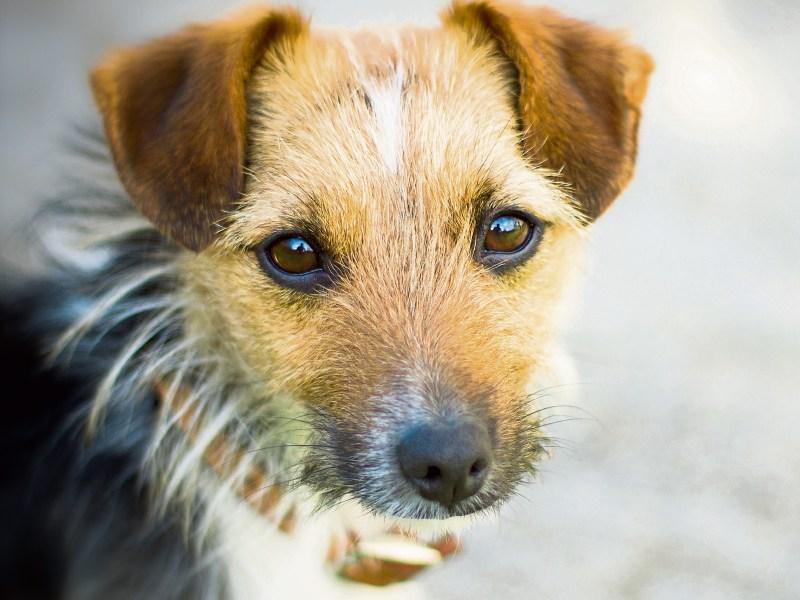 LOCAL pooch Millie Gartlan shot to fame last week when she appeared on TV3’s Ireland AM.

But top terrier Millie owes her new found notoriety to her owner, photographer Enda Gartlan who submitted a photo of his furry friend for the TV3 photographic competition, deservedly taking first prize for the pic.

According to Enda is was by pure chance he came to enter the competition not being a regular viewer of the show,

“I simply stumbled across the Jenny McCarthy's Camera Club feature on Ireland AM a few weeks back. I'm not one for entering competitions so once I sent the photo of Millie in I quickly forgot about it, not really expecting to hear anything back.

“ I am usually out and about while Ireland AM is on therefore I was not familiar with the premise at all, it was all very new to me. But when he heard that the theme of the competition was pets for Enda there was only one model for the job, and that of course was his dog Millie,

“I knew I had a few decent shots of Millie, the one I used jumped out from the rest. In my opinion the secrets of taking a good portrait are good lighting, a shallow depth of field and most importantly pin sharp eyes. These rules work with both human and animal. And of course it makes it a lot easier when you have a pretty model like I had”.

Although he knew that his shot was a good one, Enda says was still shocked to receive the call that the image had been shortlisted,

“They contacted me via email last week then by phone to explain that I’d been successful in being chosen as one of the 3 finalists in the Camera Club Competition out of literary 1000's of entries, and asked could I be in the TV3 studios on Monday morning at 8am to go live at 9:20 to discuss the photo with Jenny McCarthy...oh and make sure I brought Millie with me’.

“I was blown away! I was immediately up for it, and why not, it’s not every day this opportunity comes knocking on your door. At this stage I didn't know if there was a prize nor did I care, I really was happy just to get this far’.

“It was an early start but well worth it. Millie and myself did not know what to expect.

“When we arrived at the TV3 studios we met the other photographers and their pets plus the whole Ireland AM team and presenters who couldn't have been nicer. After we got miked up we were ushered into the main studios. Famous Irish Photographer Jenny McCarthy kindly had each of the 3 final photos framed.

“Standing beside each photo Jenny interviewed each one of us and gave her professional opinion and constructive criticism live on air’.

“’Alas there can be only one winner" she said and after a long pause she said, "the winner of the goody bag, 250 euro camera voucher and framed photo to take home is Enda and Millie!’”

“I couldn't believe it....I genuinely did not think I would win. To take first prize was fantastic, really the whole experience was great’.

A star through and through according to Enda Millie coped very well in the spotlight despite the very real threat of her competition,

“Millie coped very well when we were going live however the reason I had to hold in my arms was because she took an instant dislike to a fully grown German Shepard, an absolute beast of a dog which she growled and barked at the whole time we were waiting in the green room....now Millie is about the size of a cat, so it was a classic case of small dog with big dog syndrome”.

Though she has succeeded in bringing him into the spotlight for Enda there is much more to Mille than just her good looks!

“The kids adore her as she is a ball of energy and she can be usually found in the middle of all the mischief they get up to.

“I’m not a dog expert but people have told me she is a mix between a Terrier and a Westie, some people say Jack Russell it’s hard to say really but she’s a great pet about the house plus an excellent guard dog”.

So what is it that makes her such a good subject to photograph?

“Millie’s eyes are quite large and can reflect light very well, actually if you look at the photo closely you can see my reflection while I take the picture and these qualities make for a good portraits plus she has a nice mix of colours in her coat”.

A worthy winner Enda is no stranger to a camera and succeeded in honing his considerable photographic skills over the years and with interest in both portraits and landscapes he always eager to add to his repertoire,

“I started taking photographs when Digital Cameras came on the scene around 2002 but I probably started to take photography more seriously in the last number of years.

“It’s a wonderful hobby to be involved in and every day you spend with your camera you can be sure to learn something new’.

“I really like landscape, abstract and street photography but I have to say my favourite would be Portrait Photography and it’s probably the most challenging. Getting that perfect shot of a person is very rewarding.

For more information on his work Enda can be contacted via Facebook at Enda Gartlan Photography or at endagartlan@gmail.com