'This Government is shaking the life out of the post offices' 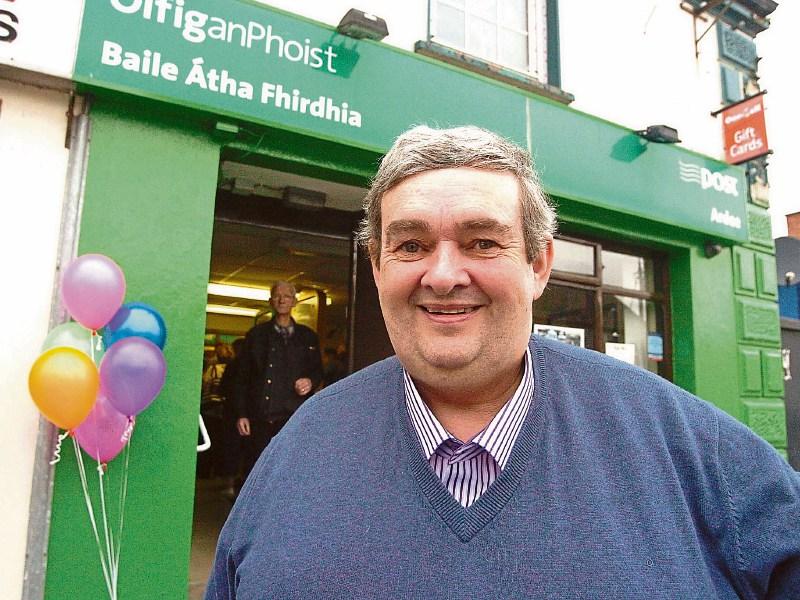 “It's about time they stopped acting the maggot and formed a government becuase all they're doing at the moment is shaking the life out of post offices and trying to colse them down.”

the comment was made last week by Ardee postmaster Michael Farrelly as the Department for Social Protection made moves to get social welfare payments processed through the banks.

The Irish Postmasters’ Union (IPU) said the department is systematically transferring post office business to the private banks and has called on the acting Minister for Social Protection Joan Burton to immediately cease and reverse this policy.

The IPU has met with Minister Burton to highlight their frustration following a letter which the department sent to casual and part-time workers, seeking their bank details for future payment.

Postmasters said customers believed they had no choice and are being forced to the banks where they are faced with bank charges in order to collect their payments.

IPU vice president and north east spokesperson Ciarán McEntee said Minister Burton had refused to withdraw the letters and to cease the transfer of post office business to the banks.

“Social protection transactions accounts for 50 per cent of our business. Taking this work away from us will close post offices all around the country,” Michael Farrelly said.

“We can’t understand why the minister is applying this policy when there is very strong public support for local post offices.

“The IPU collected half a million public signatures before the election calling on the Government support the network.

“A working group supported by the Government, An Post and the IPU, is developing a five-year plan to grow and diversify post office services.