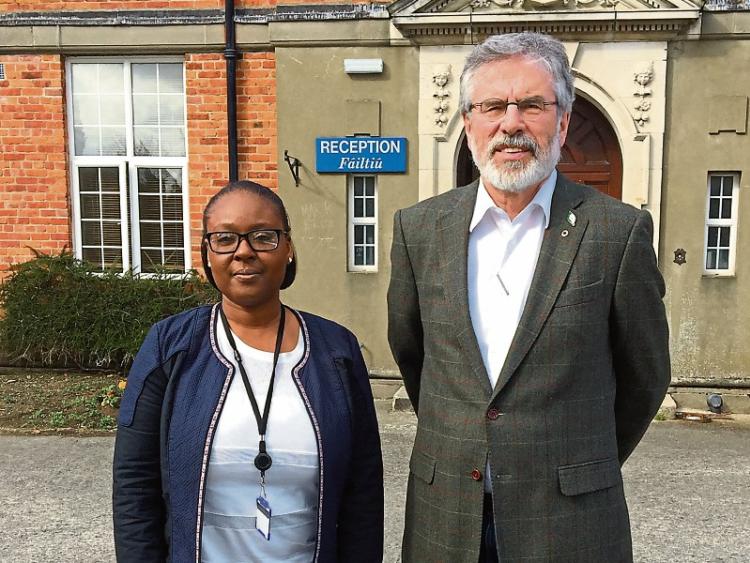 “There is a lot of excellent work being done by the HSE in Louth to combat suicide,” Mr Adams said.

“This is evidenced by the figures which show a reduction in deaths by suicide in county Louth over the past three years.

“However I don’t believe that staff in the HSE are being properly resourced to do their jobs and this is having a negative impact on patient care and patient experiences.

He said that during the course of the meeting some worrying issues were identified such as the lack of out-of-hours support for people located in Dundalk and the surrounding areas.

“Currently out-of-hours provision is delivered by the north east Doctor-on-Call service located at Our Lady of Lourdes and at St Brigid’s Complex in Ardee. There is no such facility for people in Dundalk.

“SOSAD is the only 24-hour completely free service available to the 64,000 people who live in Dundalk and the surrounding rural areas,” Mr Adams said. “I am well aware of the amazing voluntary work that SOSAD do, however their services are under constant threat of due to lack of resources.”

Mr Adams said he was also concerned that the Dundalk base for mental health services, the Ladywell Centre at the Louth Hospital, is a dilapidated prefab.