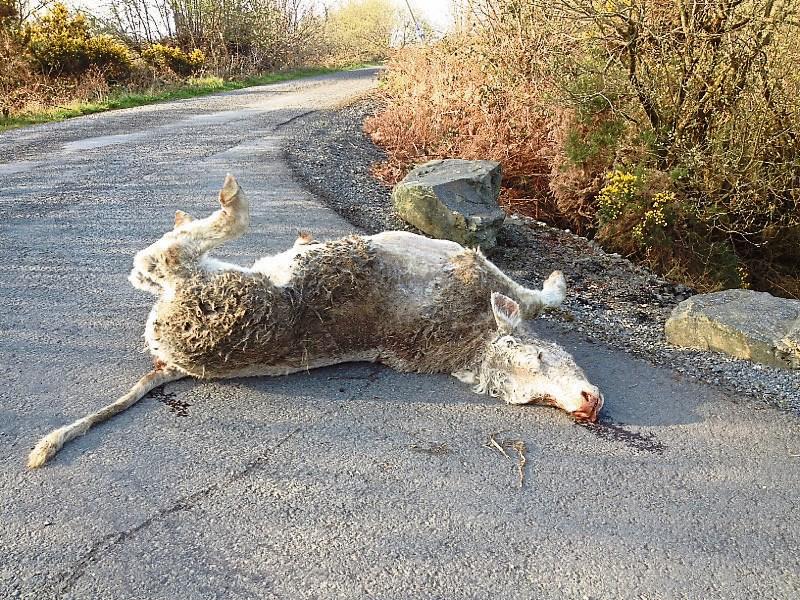 Councillor Tomás Sharkey has hit out at a recent spate of dumping of dead cattle in North Louth.

"Last week a dead calf was dumped on the side of the road in Rassan and this morning (Friday 22nd April 2016) a bullock was dumped in the same area.

"The tags have been cut off the dead cattle. This means it is difficult to trace what farm they came from and therefore who dumped them.

"Dead cattle carcasses can carry disease. farmers are obliged to have them destroyed properly. However the recent incidents show that there is a tiny number who refuse to respect the law and public health.

"Local farmers in the North Louth area are concerned that disease will spread from these dead animals to healthy herds. I am seriously concerned that public water and roadways will be contaminated by these carcasses.

"It is vital that this dumping stops. I am asking the public to be vigilant about this issue.

Attached photograph is of a bullock with the ear tag removed dumped on the side of the road at Rassan, North Louth. In recent years there have been a number of such incidents. Cattle carcasses were previously found dumped in rivers.