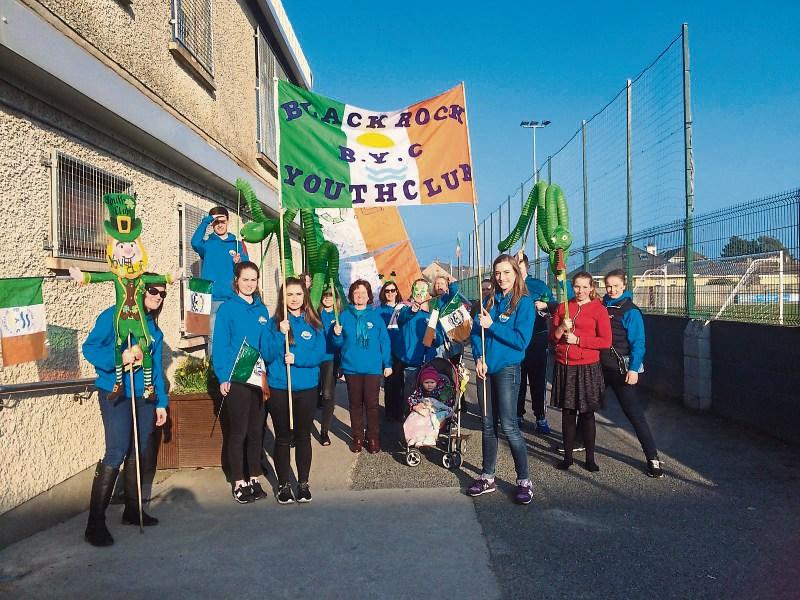 As Blackrock Youth Club nears the end of a second successful year in the smartly refurbished community centre they are delighted to mark it with a trip to Carlingford for some Laser Quest for all the young members, who have been so important in making the club a success. This year almost 80 young people became members with an average weekly attendance of 50-60 young people.

Some of the highlights this year were nights of Bouncy Fun thanks to Pelican Promotions super array of equipment. Meditation was also a regular feature and it was great to see the numbers always sign up for that.

Soccer and basketball games are a weekly event and a donation of some Dundalk FC t-shirts made for some exciting penalty shoot-outs.

The creative side of the club also came to the fore with some Graffitti Art which went down a treat. Mirror painting is also a popular craft.

But the young people's true creativity shone with their input to the annual Blackrock St. Patricks Day parade. Under the theme of vision and sound they created two giant rattle snakes with plenty of rattling sound to accompany the spectacle. The event also gave the club the chance to show off to the community their new Youth Club hoodies which got plenty of admiration.

Also planned soon is a night of 'drone fun' with local photographer David Norton going to show the young people how to work some drones and hopefully even some creative outdoor aerial shots if the weather allows.

The club couldn't have grown so much in its first 2 years if it wasn't for the committed group of volunteers who offer their time to such an important community facility. There are 32 adult leaders on the rota with 8 Junior leaders who are an integral part of the club. Junior leaders who were at secondary school last year returning as adult leaders this year while attending college encapsulates the ethos of BYC.

Year 2 is still young in the life of a youth club but the foundations are being set for a club that will serve the young people of the community for many years to come.

The trip to Carlingford is on Sunday 15th May for members only. Consent forms must be returned to BYC by 29th April.

The youth club will have its last night for members on Friday 20th May with a fun night planned.

The local 6th class students will be invited to a welcome night on Friday May 27th to give them a taster of what to expect in September.