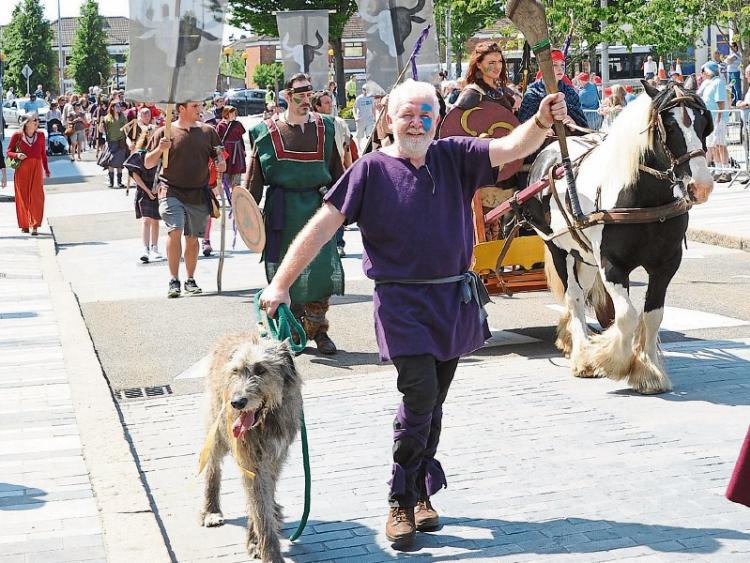 It’s almost that time of year again as the Táin March Festival is returning for the second year in its current format, starting in Rathcroghan (Co. Roscommon) on May 28th before finishing in Omeath on June 6th.

A family-friendly celebration of the legendary Táin Bó Cúailnge, the festival will be packed full of fun, music, games, battles and diversions with something for everyone to enjoy across the ten different sites.

The Táin March Festival 2016 was recently launched at Stephenstown Pond by Tim Mullins, who introduced the rest of the committee members: Mel O’Loan, Kevin Moran, Sinéad Roche and Neil McKellar.

Tom Laramie, who is coordinator of this year’s festival, then welcomed the attendees who travelled from as far as Tulsk, Roscommon – and they were brimming with ideas to ensure that this year’s Táin March is the best yet.

Discussed at the launch, was how the festival has evolved from a four-day event into its current format of ten days and emphasis was put on how it can only continue to grow over a number of years.

Also talked about were a number of potential improvements from last year, including the branding of the march, community involvement and continued correspondence between representatives from all the sites.

Kwasie Boyce of MAD Youth Theatre and who has worked with the Táin March for the last number of years, was also in attendance and discussed the importance of getting kids engaged with culture.

The attendees also had the pleasure of hearing for the first time, Marsháil na Tána, performed by the renowned Gerry O’Connor, which is a truly outstanding piece of music, truly befitting of the Táin celebrations.

If you would like to know more or indeed get in involved, then please don’t hesitate to contact us via our social media pages or alternatively get in touch with Tom Laramie via email (tomlaramie@gmail.com).