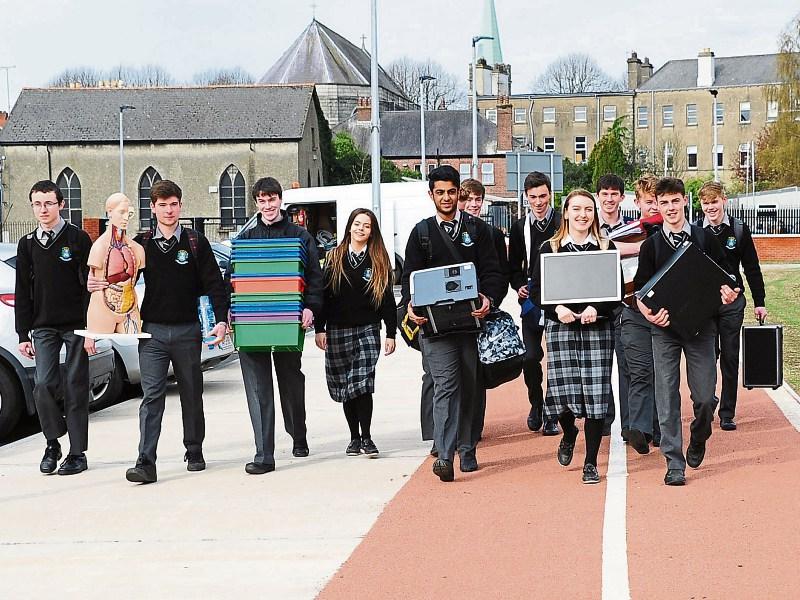 It was one of the most important days in the history of St Mary’s College which has been in the town since 1861.

On Friday last, 15 April, the new state-of-the art school building was handed over to the Principal Con McGinley, the staff, and pupils.

The Marist Fathers came to Dundalk led by Fr John Crouzet and bought Church Hill House, next to the present day chapel in 1861.

The school was extended in 1874 on what is now Nicholas Street and that extension was completed in 1909 with an east wing built at the back. That wing was replaced with a new wing in 1953. These are now protected buildings that look across to the beautiful new school building built on the famous old playing fields.

The construction of the new St Mary’s College building started in January 2015.

BAM PPP along with their sister companies BAM Building and BAM FM are delighted to be associated with this exciting Schools Bundle 4 project. BAM Building completed the construction of the new school building in 15 months. The new, state of the art facility, will cater for 900 pupils. The Marist Fathers are most grateful to the acting Minister for Education Jan O’Sullivan and acting Minister for Public Expenditure and Reform, Brendan Howlin, for authorising this project to proceed to construction stage.

The Marist Fathers also wish to extend their thanks to the National Development Finance Agency (NDFA) for its advice and assistance with PPP Bundle 4.

They would also like to thank all those who have assisted in bringing this project to completion including the staff of the college, the Parents’ Council, the Principal Con McGinley, Deputy Principal Gerry Lambe, Director of the Marist Education Authority Kevin Jennings, chairperson of the Board of Management Diarmaid Ó Murchú and members of the board.