Adams warns of danger of Brexit for Louth and border region 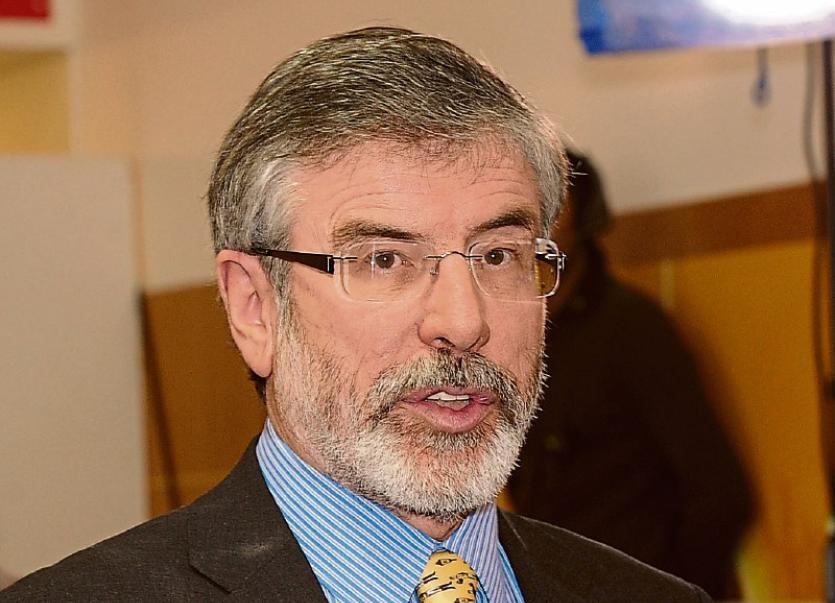 Sinn Féin Louth TD Gerry Adams has warned that a Yes vote, in the June referendum for Britain to leave the EU, “would have serious implications for Louth and the border region, as well as for the economy of both states on the island.”

“More than €1 billion is traded each week in goods and services between this State, the north and Britain. Much of this is in agriculture.

In the north the end of the Single Farm Payment for farmers would result in a loss of €2.5 billion euro.

And Britain exiting the EU would mean an end to the Rural Development Fund, Structural Funds, and PEACE Funding.

The north would lose €982 million alone in Structural Funds which are crucial for Small and medium businesses, community regeneration and community groups.

This loss of money and the dislocation of the northern economy would have a hugely damaging impact in the border region and across the rest of the island.

In addition the introduction of trade barriers between the Irish state and Britain would cost jobs in this state and destabilise the economy.

This week the International Monetary Fund warned that a British exit from the EU would “do severe regional and global damage by disrupting established trading relationships.”

It is clear that the economic consequences of a UK exit from the EU will be enormous.

This month saw the 18th anniversary of the signing in 1998 of the Good Friday Agreement.

The peace process and the GFA and subsequent agreements, have led to a political and economic transformation with the physical border now all but invisible and the economies across the island benefitting.

The potential for the return of border controls is deeply worrying. They would undermine the political progress that has been made and would act as a serious impediment to economic activity along the border and between the economies north and south.

The current debate around Brexit presents the most serious economic challenge to the border region since partition.

Sinn Féin’s attitude to the European Union is one of critical engagement. We want a different kind of EU – a social Europe in which the undemocratic aspects of the current system would be reformed and in which citizens would have a greater say.

Our approach to Brexit is dictated by the fact that a part of this island could well end up outside the EU while the other part stays in it. This poses a substantial risk to jobs and the economies of both states on this island.

When Sinn Féin asked the British Secretary of State in the north Theresa Villiers, - who supports Brexit - if the British government would replace the funding which would be lost to the north as a consequence of withdrawal by the British state from the European Union; she refused to answer.

The fact is a Brexit is opposite to the interests of the citizens of this island.

The case for Brexit is not motivated or sustained by alternative and better strategies and policies. Instead it is the product of a growth in influence by narrow inward looking nationalism linked to conservative, Tory ideological interests and the crisis over refugees.

Sinn Féin will be campaigning in the June 23rd referendum in the north to oppose Brexit.

“I would invite others, in political parties and business in this state, to join with us in that effort and to strive to win the argument for continued EU membership.”

Brexit is one of the few topics in Irish politics which in there is wide agreement.