Celebrating the heroes of 1916 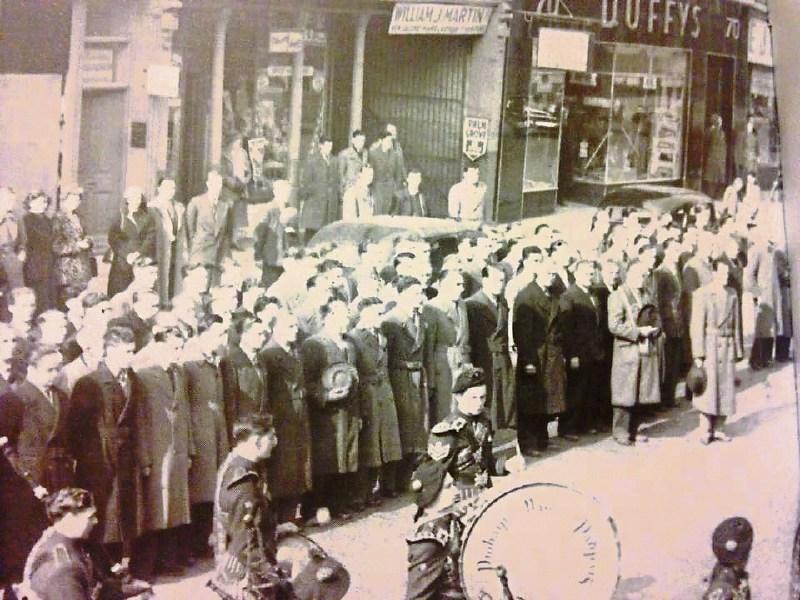 The letter by Pat McKenna of Feede, published in last week's Democrat about the media coverage of the events of 1916, has caught my attention. I have to agree that there is a great deal of truth in it but I would take issue with him in his claim that 'it was not until the generation of young people in the nineteen seventies, that a “Free State” was born'.

I don't believe that the young people of the seventies were particularly exceptional compared to earlier generations and that many young people of the area, including Pat himself, had begun to challenge the 'status quo' long before that period. Young people, especially women, had begun asking important questions about their social position in Dundalk after the World War 11 Emergency. But I will grant him that, maybe, it was the children of those very people who first gave a voice to the social struggle which was fermenting in many local homes.

With regard to the accounts of what actually happened in 1916 and during the years that followed the Rising which led to the establishments of our State, I would continue to urge caution when reading about what happened! Much reliance seems to have been placed to on the records in the Bureau of Military History which not actually complied until very long after the events. It has been pointed out to me by a local historian that there were not all that many such accounts given given by people from North Louth. The list supplied by the Relatives Committee which was published by the Democrat last week reveals one very interesting fact that might not be obvious on a casual reading; it is that there appears to be no one archive record from a member of Cumman na mBan of the time!

Another interesting omission seems to be that of the evidence of James McGuill of Bridge Street (Witness Statement 353) is not listed although I am assured that it was one of the very first recorded after it was established on January 1, 1947. Another Volunteer whose statement is not recorded is that of Joseph Waller, whom I think lived in Castletown at the time of the Rising, for the very good reason that he was killed in a Road Traffic accident at Dowdallshill in 1947, before he was due to be called to the Bureau.

The statement taking went for ten years after 1947 but many prominent figures involved in events before the Truce of July 1921 declined take part. A total of 1,773 statements, many dictated to a third party, were recorded but the details were not released to researchers until March 2003. The length of time it took took compile these records was impressed upon me when I discovered that an important witness who had something to say about events relating to my own family (which had nothing to do with the local area) was not recorded until October 1956!

The conclusion that has been forced on me with regard to the Rising and its aftermath is that it is a case of 'He who shouts loudest may get the most respect!' This is not intended, in any way, to be a criticism of those who made statements but I do feel that there are a lot of 'unsung heroes' who are not being remembered at this time of celebration!