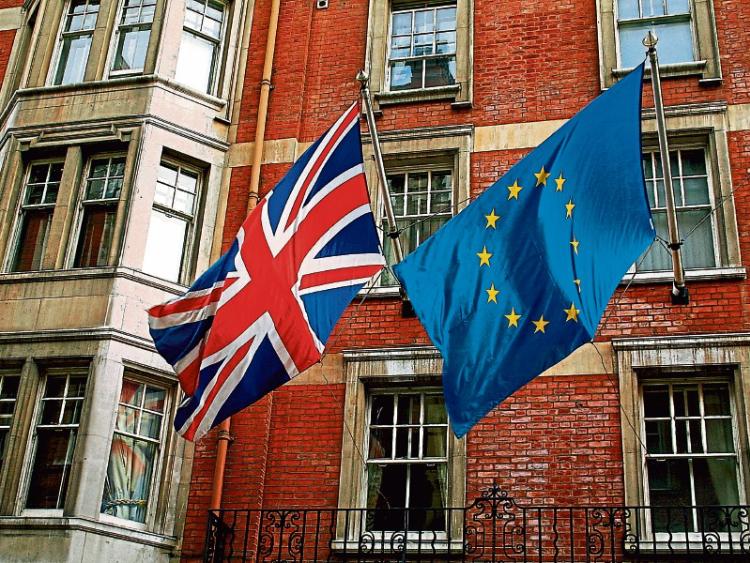 Fitzpatrick has said that a British exit from the EU would have serious consequences for Ireland, and for the border counties in particular.

“The UK is Ireland’s greatest trading partner and the British Chamber of Commerce has calculated that UK-Ireland trade is valued at €1 billion a week.

“Trade between Ireland and the UK directly supports over 400,000 jobs, half of them in Ireland. For small Irish businesses the UK is often their first export market, with 43% of exports from indigenous Irish companies destined for the UK.

“If the relationship between the UK and the EU changed dramatically, and trade barriers and tariffs were erected, then the consequences for the Irish economy could be significant, particularly in border counties such as Louth.

“Easy movement of people and goods across the border is extremely important. We do not want to go back to the bad old days or to see an increase of smuggling, which would I believe undoubtedly result from a British exit from the EU.

“If the UK were to leave the EU, Northern Ireland would no longer have access to vital EU funding for cross-border projects. That would pose a real challenge for cross-border cooperation and from a practical point of view it would have a severely negative impact on services and infrastructure in border areas.

“A recent ESRI report has calculated that the Irish economy would suffer as a result of a Brexit. Although it is difficult to estimate the exact cost, even the uncertainty itself is harmful. The looming referendum is already having a significant impact on exchange rates. Uncertainty has pushed the value of sterling lower, increasing the competitive pressures on Irish exporters. If the UK votes to leave, this effect could intensify.

“We have made great strides in recent years in the area of cross-border cooperation and it is important that we do everything possible to protect this progress. Living in a border county, the people of Louth are more aware than many of the importance of open trading and shared resources between North and South. It is essential that we highlight the risks involved were Brexit to go ahead as the referendum approaches.”

Deputy Breathnach said, “The referendum on Britain’s membership of the European Union is set to take place on June 23rd. There is a great deal of uncertainty regarding the possible outcome of this vote. Without doubt the outcome of the referendum will have serious implications for Ireland. Border counties such as Louth will be particularly affected should a Brexit occur.

“The possibility of border re-emerging between North and South is a serious cause for concern. The imposition of a border would negatively impact on trade, travel, tourism and will also cause serious hardship for cross-border workers. There is no doubt that a Brexit would undo a lot of the good work that has been done to date on North - South integration.

“While this decision is for Britain and Britain alone to make, I and the Fianna Fáil party do not believe that a Brexit is in the best interests of the European Union. It also represents a serious threat to Ireland as Britain is our nearest neighbor and largest trading partner.

“It’s also important to recognise that much of the progress that has been made in relation to the peace process was due in a large part to the common bonds that Britain and Ireland forged at a EU level. European funding has been vital in supporting peace and reconciliation initiatives. It would be a shame if this link was broken.

“Fianna Fáil recognises that while the European Union is not without its flaws, it nevertheless has had a direct positive impact on the island of Ireland. We as a party sincerely hope that Britain continues on the journey with us that we both set out on 43 years ago. Britain should focus on reforming the European Union from within rather than isolating itself from Europe,” said Deputy Breathnach.