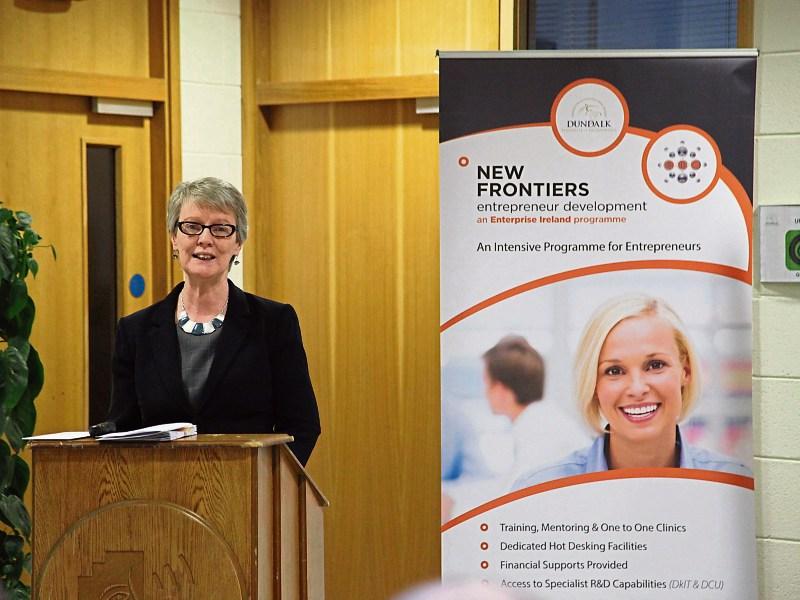 Dundalk Institute of Technology’s Regional Development Centre (RDC have finalised a five-year contract with Enterprise Ireland that will see them continue to roll out EI’s national entrepreneur development programme, New Frontiers, in the North East which will be delivered in collaboration with Invent DCU.

The contract is worth approximately €2m in direct and indirect funding and supports to entrepreneurs. The New Frontiers Programme (newfrontiers.ie) will support over 65 start-ups and is expected to create upwards of 300 new jobs in the Region.

Each participant accepted on to the New Frontiers programme receives €15,000 in financial support as well as training, business mentorship and access to DkIT’s and DCU’s innovation ecosystems.

The announcement was made by Ann Campbell, President of DkIT, as applications for Phase 2 of the programme were opened.

13 entrepreneurs will be selected and supported for a six month period as they concentrate on the development of their businesses full time and preparing for investment.

DkIT’s Enterprise Development Manager Garrett Duffy, who manages the programme, stated “We are delighted to have been awarded the contract to deliver the New Frontiers Programme until 2021.

It will allow us to build on the success of the programme over the past 4 years and shows confidence in in the collaboration between DkIT and DCU to support and develop start-up and early stage businesses in the Region”.

The New Frontiers Programme is funded by Enterprise Ireland and co-funded by the European Regional Development Fund (ERDF) under Ireland’s European Structural and Investment Funds Programmes 2014 – 2020.

Since 1989 over 1200 entrepreneurs have been supported by the Regional Development Centre in DkIT which has secured over €26 million for economic development projects.