Lilywhites lend their support to the worthy Oran Foundation 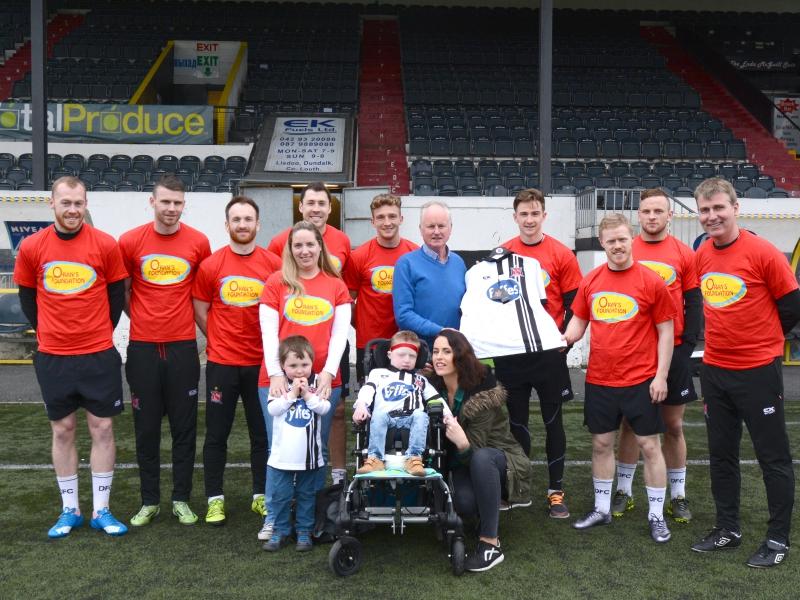 Members of the Oran Foundation, which was set up in 2015 with the aim of fundraising for Oran Neacy and children with multiple and complex medical needs, have announced the details of its annual Five Mile Run.

The event, which was a huge success in 2015, will be held on Sunday, May 29 at 12pm in Stabannon. It promises to be a wonderful day for all the family with kids races and entertainment taking place on the day.

Dundalk FC manager Stephen Kenny and his players pledged their support to Oran’s Foundation last week by donating a signed jersey which can be won on the day.

All funds raised from the Five Mile Run will go towards a sensory area for Oran and the continued support of the various organisations such as Suzanne House, Temple Street and Laura Lynn, who support Oran and children with complex needs throughout Ireland.

During 2015, the Oran Foundation was thrilled to meet its initial aim of purchasing a modified vehicle for Oran and contributing to the Jack and Jill Foundation.

Full details of the Five Mile Run be found on the Oran Foundation Facebook page and online registration is currently available at www.popupraces.ie