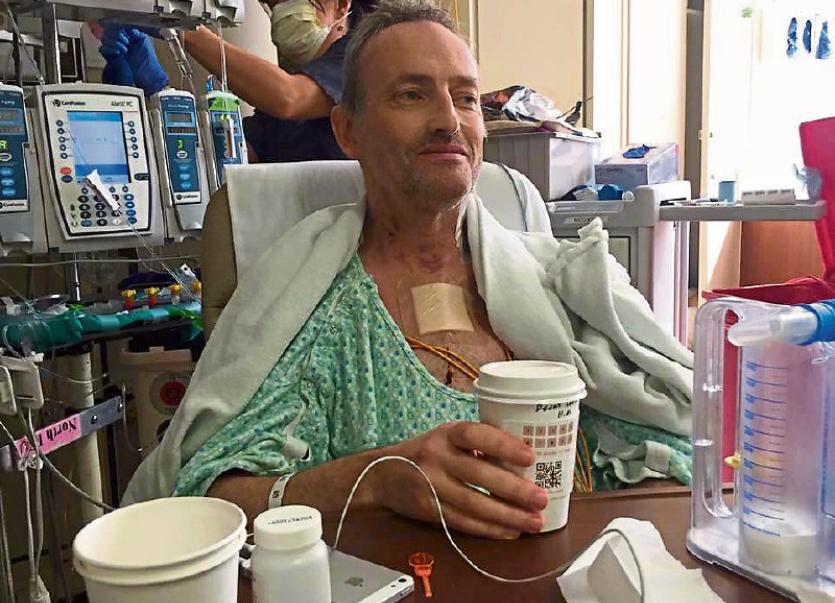 A native of Dundalk living in America is going from strength to strength after undergoing a life-saving heart transplant earlier in the month.

Roger McCarrick underwent the surgery in California to replace his heart having suffered with a heart condition that he was born with.

His family both in the US and Ireland had been invovled in a campaign to raise funds for his aftercare.

According to reports from his family on his fundraising campaign's Facebook page Roger was moved out of intensive on Monday and is in the cardiology ward.

“He's going from strength to strength. He started major physiotherapy and is now able to raise himself and walk with an aid around the ward wearing his HEPA mask.

“We received some training from the pharmaceutical and nutritional team today and they have been doing some tests on his new heart.

“All looking good. We'll keep you posted on the progress.”

A fundraiser was held here in the Riva restaurant in Dundalk.

Born and raised in London, Roger was diagnosed with transposition of the great arteries (TGA). a life threatening illness which mean blood is not pumped away from his lungs efficiently. He underwent operation as a child and later as an adult in Boston.

He moved to Dundalk with his parents when he was eight and has many family still living in the area.