Tara Erraught in 'The Barber of Saville' 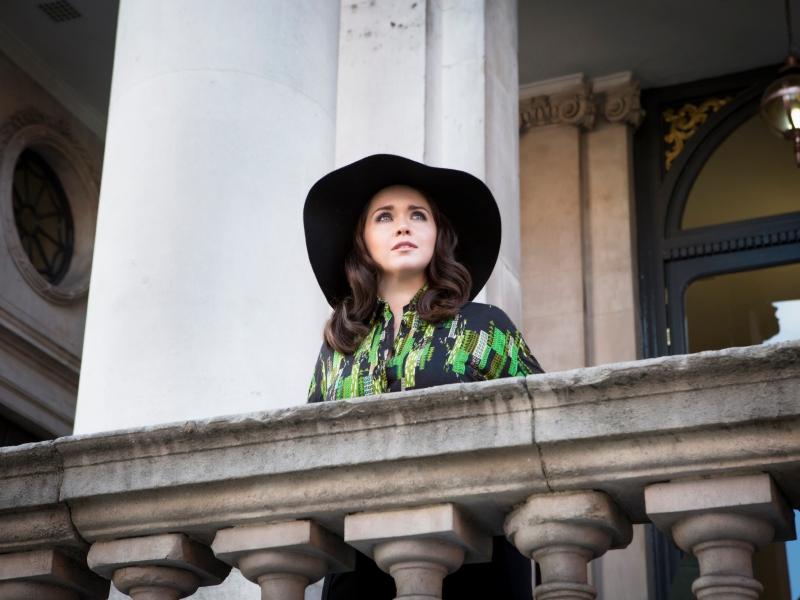 Dundalk's own Tara Erraught will star in Rossini’s comic masterpiece The Barber of Seville at the Bord Gáis Energy Theatre on Wednesday 20, Friday 22 and Saturday 23 April.

Following on from the fantastic five-star success of Wagner’s Tristan and Isolde (2012) and the acclaimed Nixon in China (2014), the award-winning and visionary Irish opera company Wide Open Opera returns to the Bord Gáis Energy Theatre, this time with a newly-created production showcasing major Irish operatic talent.

Hailed by Frankfurter Allgemeine as “the new queen of bel-canto”, international celebrity mezzo-soprano Tara Erraught makes an eagerly awaited homecoming in her first complete opera role in Ireland singing Rosina in Rossini’s The Barber of Seville for Wide Open Opera. Tara’s performances of this role have taken her to the Vienna State Opera, Bavarian State Opera and Hamburg State Opera and now Irish audiences can experience this vocal phenomenon in her signature role. As Artistic Director of Wide Open Opera, Fergus Sheil said:

"Tara Erraught is unquestionably one of the most exciting opera singers of her generation anywhere in the world.”

When I first met her as a student she was already vocally stunning. Now she has the world at her feet. It’s tremendously exciting to have planned this production with Tara so that Irish opera audiences can finally experience the full effect of Tara in a staged opera production.”

Rossini’s comic masterpiece tells the story of the young and beautiful Rosina who is held captive by the elderly Dr Bartolo who plans to marry her when she comes of age. Rosina, however, is in love with a mysterious young man, who turns out to be Count Almaviva, who has been serenading her from the street below her balcony. Count Almaviva needs the help of Figaro the barber, in order to break in to Bartolo’s house, setting in train a series of hilarious misunderstandings, improbable disguises and quick-witted double crossing that keep the action fizzing from start to finish.

Alongside Tara Erraught, rising US tenor Tyler Nelson makes his Irish debut as the romantic Count Almaviva while star Irish baritone, Gavan Ring, fresh from great acclaim at Opera North as Figaro (the barber), returns to this role for Wide Open Opera. British bass Graeme Danby is the crusty Dr Bartolo, while Irish operatic favourite John Molloy is Don Basilio, the slimy music tutor. Irish soprano Mary O’Sullivan has the thankless job of trying to keep the house in order as the maid Berta.

Directed by Michael Barker-Caven – a three-time winner of Best Opera Production at the Irish Times Theatre Awards – designed by Jamie Vartan – winner of best set design at the 2013 World Stage Design with lighting by celebrated Irish designer Sinéad Wallce, this new production will be one of the largest Irish opera productions of 2016 and the first opera production to be seen at both National Opera House, Wexford and Bord Gáis Energy Theatre, Dublin.

The chorus of Wide Open Opera and the orchestra of Wexford Festival Opera are conducted by WOO Artistic Director Fergus Sheil.

The Barber of Seville is considered Rossini’s comic masterpiece – indeed perhaps the finest example of a comic opera ever written. Written in a hurry 200 years ago in 1816, the entire opera was reputedly dashed off in just under three weeks. The overture, which has remained one of Rossini’s best-known pieces, was re-cycled from earlier works.