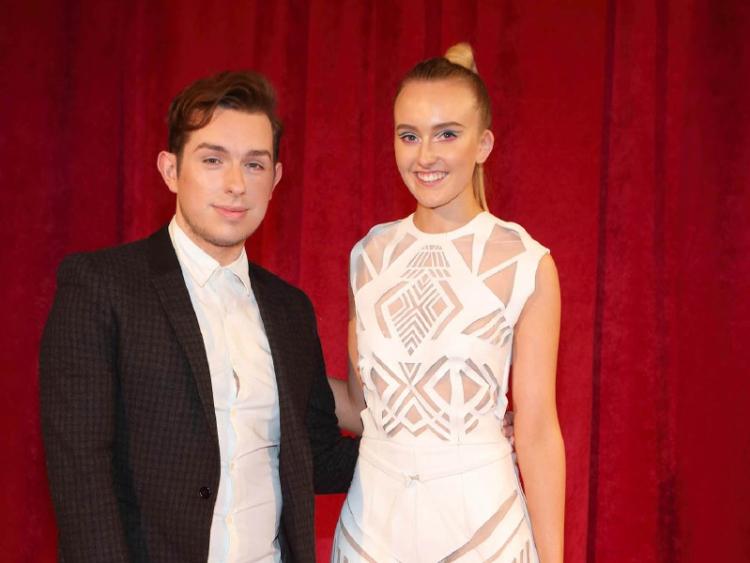 Dundalk student fashion designer Eamonn McGill will be among the top nine designers for the upcoming DIT Fashion Show in Vicar Street on April 19.

Eamonn's design is titled “Capitol Opulence”. He studies at Grafton Academy and it was modelled by DIT student Eva Walsh from Athy Kildare who studies Human Resource Management.

Eamonn’s inspiration comes from “the hunger games Capitol City in a futuristic fantasy world, using the light, opulent grand balls, futuristic lines of the buildings, where an outfit must have dual purposes with an extravagant touch.”

These nine dramatic student designs, all finalists at the student design competition at the DIT Fashion Show in Vicar Street on 19th April, were unveiled at the Q Park car park, Stephen’s Green today.

Tickets for the DIT Fashion Show are now available for €20 from eventbrite.ie, with net proceeds going to the Jack & Jill Children’s Foundation who have supported 2,000 children nationwide with home nursing care, including 48 children in Louth.

The DIT Fashion Show, now in its 13th year, is one of the top events in Ireland’s fashion calendar attracting an audience of 1,000 people to Vicar Street.

The judging panel for the DIT student design competition, the prize money for which is €2,000, is made up of Brendan Courtney, TV personality, designer and co-founder of Lennon Courtney and Founder of Frock Advisor; Umit Kutluk, the 2011 winner of this DIT design competition and now a well known and influential designer in the Irish fashion industry; Maria Fusco, well respected stylist, fashion designer and fashion show producer; Bairbre Power, fashion editor of the Irish Independent and Weekend Magazine.

The DIT Fashion Society, which organizes this annual show, is one of 80 societies in DIT which have over 6,000 student members.