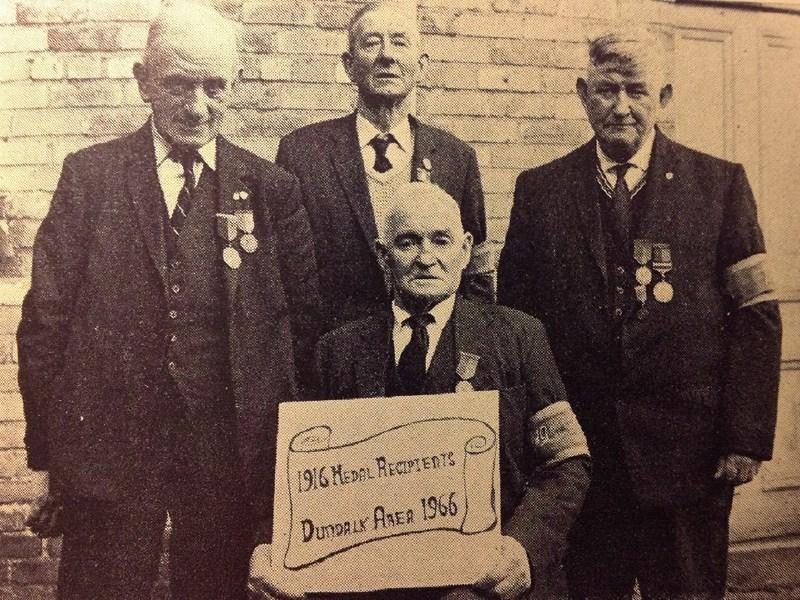 Following on the piece I wrote last week about the Sinn Fein demonstration at the Courthouse Dundalk on the occasion of the proclamation of George V as King of Ireland on May 10, 1916, I got to thinking about the people I knew who were involved in the 1916 Rising and its aftermath. The one thing I greatly regret is that I did not keep a more accurate note of things that were being told me then about events that were not all that long in the past at that time. On reflection, however, I realise that it was, perhaps, just as well as many of those intimately involved had very mixed feelings about the whole affair and wanted it forgotten about!

Not that I knew all that many who took an active part in the Rising. There were many around who made claims to be heroes who were not just telling the truth but the one person whom I knew well and respected greatly was my old 'boss' Frank Necy who was Editor of the Dundalk Democrat from 1941 until 1966.

Frank did not speak much about those events while he was a working editor but he did talk to me about it after he had retired and I recall that he was greatly disillusioned about the outcome. Any doubts that I might have had about his involvement were dispelled when I looked up the Military Bureau records which show that he was one of a number of young Dundalk men who were picked up by the R.I.C. in the weeks following the Rising. He was sent to Knutsford Prison in Cheshire, England and from there to Frongoch Detention Camp in Wales, where he is recorded as a 'Frank Neasty' in June and July of 1916. The different spelling of his name did not surprise me because I was aware that young men of the time often spelled their name in different ways to confuse the British authorities. I have no doubt that he was the Frank Necy that I knew, who lived in a boarding house at Chapel Lane (now known as Chapel Street). The order of the court sending him to Knutsford show that he was sentenced along with P.J. Berrills of Williamson’s Place and Felix O'Neill of Barrack Street, Dundalk. Berrills, known locally as 'Joe' , later became famous during the War of Independence, and was described in the Frontier Sentinel of May 1919 as being the 'Commander of the Irish Volunteers in Dundalk' who led the attack on Ballyedmond Castle in May 11, 1919'. They were looking for arms in one of the first engagements in the War of Independence in this area. Felix O'Neill was an uncle of a friend mine who once told me that he was involved in the shooting of a Black and Tan policeman named Campbell at Dowdallshill, an incident that led to the shooting of the Watters Brothers in Quay Street in June 1921. Felix O'Neill later migrated to the U.S.A. and I believe that Berrills may have done the same. For what offence they were sentenced is not stated but I believe that it may have been for either having arms or documents that were connected with the Rising. I do not know how long Frank was in the Frongoch Camp but I think he told me that it was for about six months and that he got back to Dundalk before Christmas 1916. One thing that he told me about that return to his home town surprised and shocked me little. He said that he and others who had been interned got a great reception at the railway station, with cheering crowds and a band playing but the mood seems to have changed in the weeks that followed. What changed was that he was approached by other young men who had not been arrested and asked to join the Irish Republican Brotherhood. Frank had been a member of the National Volunteers that had split with John Redmond's Volunteers in 1914 but was never a member of the I.R.A. When he refused to join the oath-bound society that was the I.R.B., for reasons of his employment in the Democrat, he said that he was boycotted by them for several years and suffered snubs and insults as a result; even though he was one of the few that had taken an active part in the Rising!

All that time later Frank named those who had rejected him but I will not mention them because they have relatives still living who are prepared to bask in their perceived 'reflected glory'!

Which all goes to show that history is not a 'black and white' story with the 'goodies and baddies' we grew up to worship in the old Western movies!