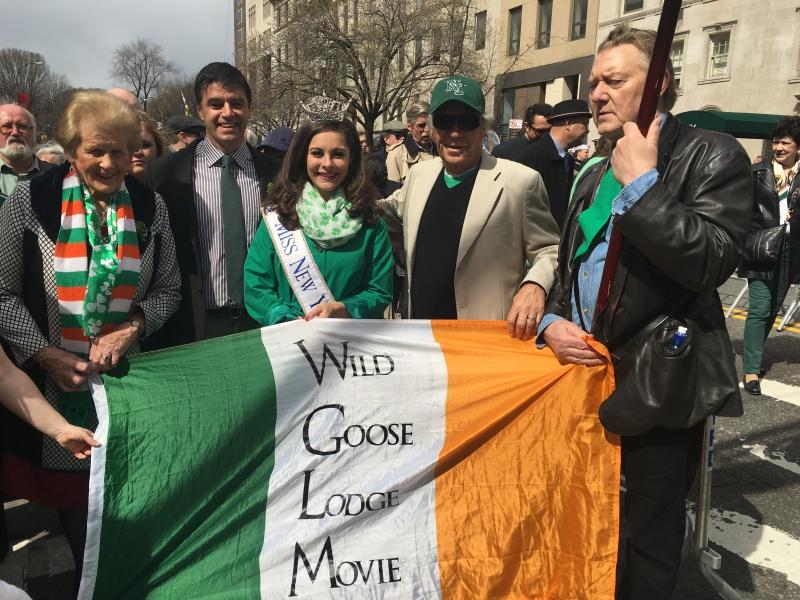 The Wild Goose Lodge movie has had a hugely successful premiere in Time Square New York.

The film was made over a three-year period at Reaghstown, featuring a local cast, and now it has won the hearts of the New York public and its top international film critics.

The film was directed and produced by William Martin and Paul McArdle and features finbar Furey, who wrote the music and also starred in Gangs of New York, Anna-May McHugh head of the National Ploughing Championships, Dave Duffy of Fair City, Gerard Murphy of the Met Office and RTE weather presenter, as well as a host of local talent.

Twenty-five Roses from the Rose of Tralee festival met the cast and crew in New York, and the entire film crew also marched in the New York St Patrick’s Day Parade with members of the New York Louth Society.

“The film was shot on location in and around Reaghstown,” said William Martin. “There was a lot of passion and pride put into it and the reception in New York was tremendous.

“The critics in New York thought it could go all the way. They said they could see the emotion of the actors in it.

“The media were very interested in it and were fascinated and wanted to know how it was made.

“One woman said her great-grandfather came from Ireland. She never visited this country but hopes to now.

It runs for approximately two hours and will be released in Irish cinemas in October.

“There was great spirit and pride and enthusiasm,” said william.

“We were the Wee County with the biggest story.”

And congratulations to everyone involved. See the trailor on YouTube: Wild Goose Lodge Movie.