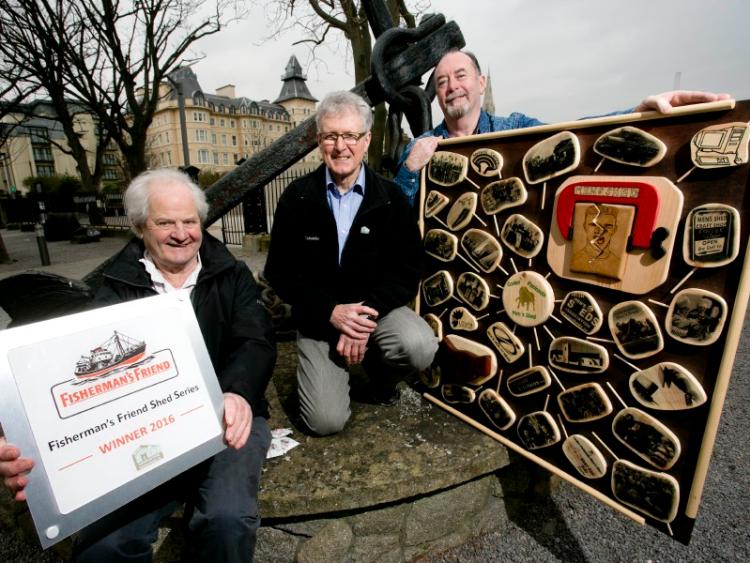 At the inaugural Fisherman’s Friend Shed Series competition, held at the National Maritime Museum in Dun Laoghaire, Louth’s Cooley Peninsula Men’s Shed, based in Bush, has been awarded the top prize, taking home the overall trophy and a cash prize for their Men’s Shed.

Following a nationwide search by Fisherman’s Friend, which asked Men’s Sheds from across Ireland to create a piece of art that best depicts what community and friendship means to them, 25 sheds brought their creations to the shed series event, which took place at the National Maritime Museum of Ireland, Dun Laoghaire.

The Cooley Peninsula Men Shed’s piece of work stood out above the rest due to its originality, fine craftsmanship and how it visually represented what their community in Bush means to members of the shed.

Titled ‘The Shed Web’ - the visual piece of art by the Cooley Peninsula Men’s Shed created visually linked the close relationship between the Men, the Shed and the Community. The links were depicted in the form of a spider’s web, which was represented by a number of wood carvings, overlaid with a series of pictorial transfers, which illustrated the role of the Shed in the Community.

Ray Byrne, a member of the winning Men’s Shed, who attended the event with fellow men’s shed members, Brian Maguire and Adrian Holden, adds: “We are delighted to have won the competition and it will mean so much to the Men that helped to create this piece of art within the Shed.

“The Fisherman’s Friend Shed Series competition really made us think about what our Shed means to us and provided us with the opportunity to create something that reflects that, it also allowed some of our members to really step up and showcase their creative skills.”

Two other Men’s Sheds based in Louth also attended the event. Dunleer Men’s Shed and Dundalk Men’s shed were both named as finalists in the Shed Series competition.

Martin Stimson, Area Business Manager of Fisherman’s Friend comments: “It has been a privilege to work with the Irish Men’s Shed Association in launching the Shed Series initiative, and we’ve been thrilled with the volume of the entries and quality of the workmanship.

“The Fisherman’s Friend Shed Series has highlighted how important communities are to the Men’s Sheds, and with almost 100 attendees at our final, it is fantastic to see the strength of friendship that exists between members and sheds.

“We’re hoping that this competition has reinforced the strength of friendship and community and that it has enabled members to forge new bonds within the Irish Men’s Sheds Community in Ireland.”

The Fisherman’s Friend Shed Series competition launched at the beginning of the year in association with the Irish Men’s Shed Association.

The IMSA is a national organisation, set up in January 2011, with the purpose of supporting the development and sustainability of Men’s Sheds on the Island of Ireland. Representing the collective issues of Men’s Sheds in Ireland, the organisation is working towards a future where all men have the opportunity to improve and maintain their health and well-being by participating in a Men’s Shed within their community.