RTE to make feature on 'Jumping Church' for TV 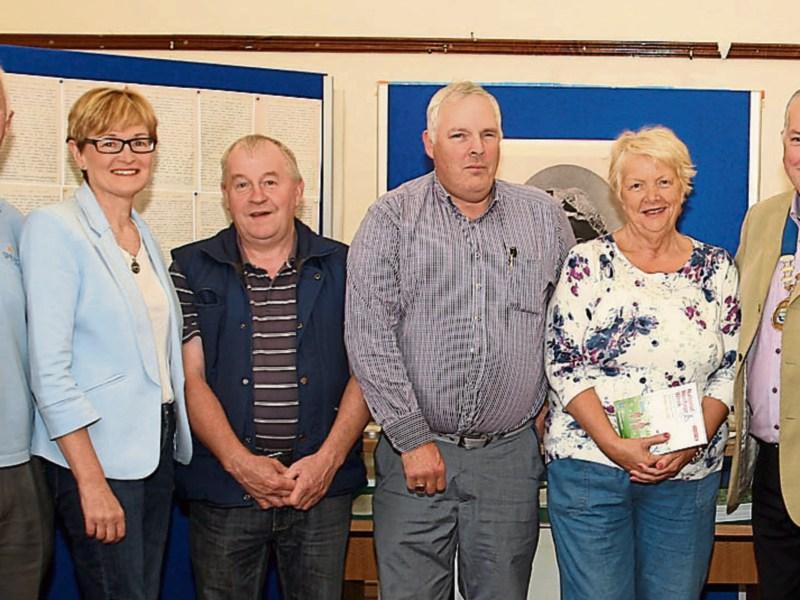 RTE television will feature the Jumping Church at Kildemock, Ardee, in a new television series to be shown in the summer.

Last year John Creedon explored the Wild Atlantic Way in a campervan, meeting locals along the way and uncovered the secrets behind its unique landscape, history and culture.

This year he is coming to the north-east to explore our history, heritage, and coastline, and they will film the Jumping Church next week.

“I was then contacted by RTE and Micky McCreanor of Butterly’s in Ardee, has agreed to talk about the famous church.”

“And the Turfman from Ardee will also be heard.

The jumping wall draws many visitors from near and far.

Legend says the enchanting wall of the church moved in 1715 to exclude the grave of an excommunicated man outside the building.

All that remains at Kildemock today is a small ruin, containing the mystical wall that for reason either geographical or paranormal once jumped across the terrain. The displaced wall at Cill Demog is, frankly, a remarkable ancient wreck, clearly demonstrating how the western wall of the church ‘jumped’ to stand over three feet inside its own foundations.

And a new tourism brochure is also being drawn up for Ardee and district by Louth County Council.

It is expected to be funded by the Ardee Rural Economic Development Zone.

The funding is about community participation, boosting employment, tackling rural isolation and helping communities to identify the issues and also the solutions.

The concept of a REDZ, which involves supporting communities to avail of opportunities to help themselves and their local areas, was described by the outing government as “the essence of what a community led approach to rural development is all about.”

“Rural communities know best what they require and I hope that this pilot will provide resources to some of the REDZ community’s throughout Ireland to further the economic development of their areas and learning from this pilot will inform thinking as the economy continues to recover.”