Patrick was one of the town's best known barmen 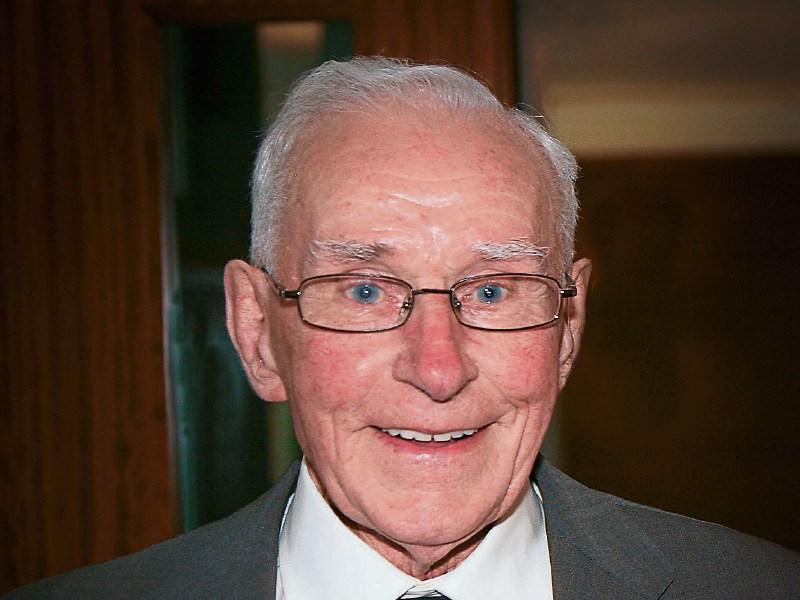 Patrick McDonnell, Oaklawns, Saint Alphonsus Road, Dundalk who died peacefully in Our Lady of Lourdes Hospital on February 28th was a noted footballer in his youth in his native Darver parish, and for many years one of the town's best known and highly regarded barmen.

Aged 88, Patrick or Packie as he was affectionately known to family and friends, was one of seven children of Patrick and Kathleen McDonnell from Darver. His family's roots were deeply imbedded in the community, and that included the local GAA club, Darver Volunteers, for whom Packie played for many years.

His cousins, most notably, Jimmy McDonnell, an All-Ireland winner with Louth in 1957, all turned out with the Volunteers, a club now defunct, but which in the 1950s was a force in Louth GAA. Indeed Packie was part of the Darver team that won the Louth JFC in 1956 and the quality of the players that backboned that team competed and beat the best senior teams in the popular seven-a-side tournaments that were the highlight of rural carnivals and events in the summers of the 1950s and 1960s.

Naturally Packie retained that interest in sport all his life, and was an avid viewer on TV as well as following the local GAA and county scene.

After completing his primary education in Darver N.S., he was employed in the bar and grocery businesses of M.J. Mc Donnell in Park Street and Bridge Street, where he spent most of his working life behind the bar. He was the manager of M.J.’s in Bridge Street until his retirement. The quick-witted banter that he was noted for in dealing with customers was a hallmark of his personality.

On retirement Pickier developed a passion for golf, and he became a member of Dundalk G.C. He simply loved the game, and developed great friendships in the club, where his sense of humour made him very popular. Married for over 60 years to his beloved wife, Maisie, who predeceased him five years ago, the couple lived first on the Castletown Road and later on Bridge Street, where they brought up their family of seven. On Packie's retirement they moved to Oaklawns.

Packie had strong religious convictions, and to him family was everything. Along with Maisie, he worked extremely hard to provide for, and educate his family, and he took great pride in their achievements. The arrival of his 13 grandchildren greatly added to that sense of family that Packie always encouraged, and for that reason, he will always be remembered with great affection by his family for he was a loving presence in their lives that can never be replaced.

He was predeceased by his wife, Maisie (née Roddy) in 2011 and by brothers, Tommy and Jack. Having reposed at the home of his daughter, Eilish Donohoe at Elm Park, Blackrock, Packie's remains were taken to St. Joseph's Redemptorist Church where Requiem Mass was celebrated by Rev. Eamon Hoey, C.Ss.R., who gave the eulogy.

The Readings were given by sons, Martin and Pat while the Prayers of the Faithful were led by grandchildren, Deborah Donohoe, Suzanne Rogers, Elaine McDonnell, Brendan and Eamon Rogers.

Daughters, Mary and Eilish presented the Offertory Gifts, and the gifts that symbolised Packie's life were presented before Mass by grandchildren, Tess, Carl and Eve McDonnell and Laura Rogers. The beautiful music was provided by soloist, Sarah McCourt accompanied by Trevor Clarke, organist.

Packie's son, Anthony gave a very moving Communion Reflection in which he spoke with great warmth of his father's life. Burial took place in the parish of his birth, Darver and the large attendance at the Mass and interment was testament to the manner in which Packie had impacted on many lives and the family's strong links with the area. Month's Mind Mass on Easter Sunday at 12.30 p.m. in St. Joseph's Redemptorist Church.