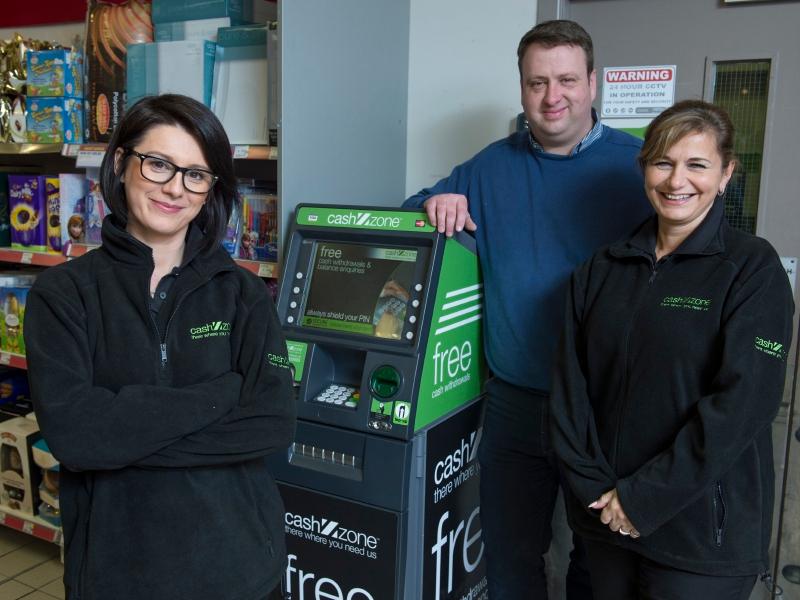 A private ATM company have opened a new machine in Dromiskin, one of the first of its kind in Ireland.

Cashzone announced the launch of the new ATM, which saw it's first transaction in the Hallinan’s Centra store on Chapel Road completed last week.

To celebrate and mark the launch of the new cash machine, representatives from Cashzone were at the site on Monday greeting shoppers and inviting them to join a competition to win a flat screen TV or a €50 in-store shopping voucher.

The new ATM is one of only a few independent cash machines that are currently installed in the Republic of Ireland. The cash machine is set to support the local community and businesses alike.

The independent cash machine operator Cardtronics, which provides services to over 190,000 ATMs globally, is responsible for the installation of the new Cashzone ATM in Hallinan’s Centra in Dromiskin.

“Using the Cashzone ATM is no different from using an ATM from a local bank, and the new service means that shoppers now have more choice in accessing their money in the easiest and most convenient way possible. Our vast experience in the cash machine market means that we are able to provide an extremely reliable and safe service to shoppers in Dromiskin.”

Research commissioned by Cashzone has shown that ATMs are the cornerstone for local shopping environments. A report on the Value of Cash on the High Street found that local ATMs inject on average more than a third of money withdrawn directly into the tills of stores in the vicinity. The importance of ATMs for high streets is furthermore underlined by the fact that around 44% of users of a high street ATM would abandon their local high street if they weren’t able to withdraw money and shop at the same time.