A great turnout for a colourful St Patrick's parade in Dundalk 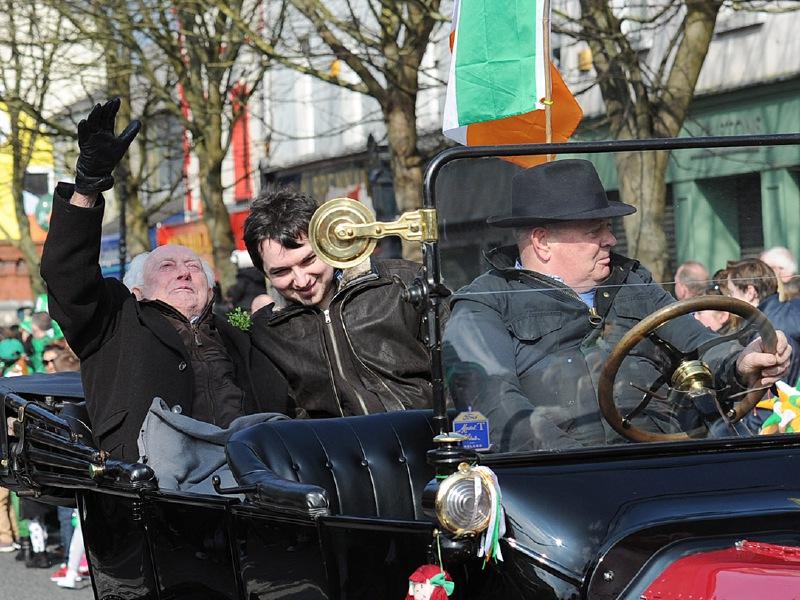 There was a great turnout for this year’s St. Patrick’s Day Parade.

The parade entrants ensured that it far exceeded last year’s parade, well done and thanks to all participants, the St. Patrick’s Day Parade is a great way to celebrate and showcase what our community has to offer.

It was a proud day for Dundalk with this year’s Grand Marshall, local man Michael Murphy who turned 100 years old on February 16th which really brought home the turning of the century since the Easter Rising which was incorporated into the theme this year.

Spectators were wowed by the Puca float which was a 120ft long multi coloured dragon which was sponsored by the Longwalk Shopping Centre.

The main sponsors, Fyffes, Dundalk Credit Union and Louth County Council were thanked by the organisers for all their support in making this a great community event.

All the entrants went above and beyond in their efforts of interpreting this year’s theme and we had some amazing floats, choreography and also great costumes which made it a very difficult decision for the judges to pick the winners. Paul Hayes, artistic director of An Táin Arts Centre and Head of Judging Panel was greatly impressed by the standard of this year’s parade.

Craobh Dhún Dealgan. The judges were impressed for their combined efforts to make the 2016 parade our best one yet.

Best school entry was won by St. Mary’s College who also win a prize of €500 worth of stationery sponsored by Horseware. The Best Shop Front display went to Grennan’s Pharmacy with Backhouse Pharmacy in second and Smyth Pharmacy in third.

The parade was followed by a family fun zone on the Market Square sponsored by Pelican Promotions which had live music provided by the Dundalk Brass Band, with stalls and plenty of amazing entertainment for all age groups some never seen before in Dundalk.

“Parade organisers Dundalk Chamber and Dundalk BIDS would like to thank all the groups that took part this year and all the companies and organisations for their continued support this year. “We are looking forward to a bigger and better parade for 2017,” a spokesperson for the organisers concluded.