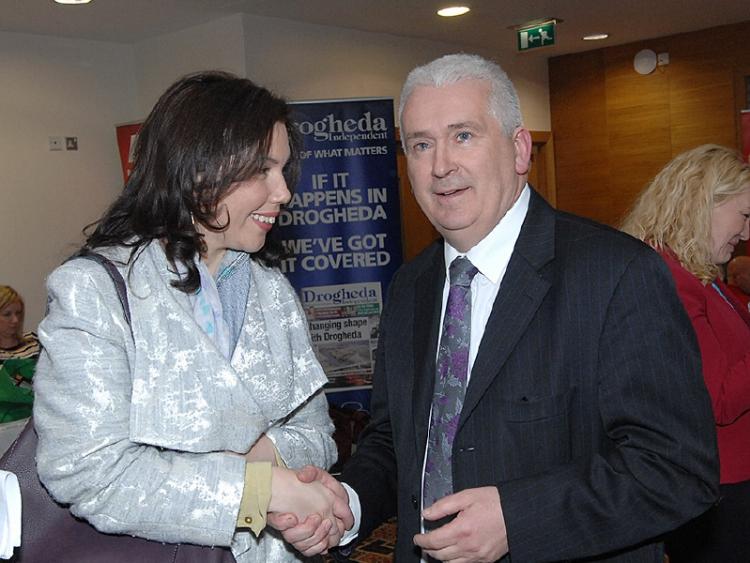 Emma Coffey has been selected to take Declan Breathnach's vacant council seat following a Fianna Fail convention over the weekend.

A row had erupted among Louth Fianna Fail last week over who exactly will be co-opted into TD Declan Breathnach's vacant council seat and by what process that selection would take place.

The Democrat understands that Fianna Fail HQ originally wanted to make the appointment themselves.

However this was objected to following a Fianna Fail meeting on Monday of last week.

A joint decision was then made to hold a selection convention on Sunday. Nominees for the seat included Stephen Egan, Sean Kelly, Emma Coffey, John Temple and Claire Arrowsmith.

Coffey won the convention, but her reign could bshort lived if she is goes forward for and is elected to the Seanad.

Speaking to the Democrat before the convention, TD Declan Breathnach said; “I'm not getting involved and I said I would get involved in the process of my replacement. To cut to the chase on it, the key issue is that a democrat process will take place and there are a number of nominees and I don't know who they are at the minute.

“My the best fella win...or woman. It will be basedthelocal electoral area. The membership of the organisation in Louth is something in the order of 260, there's about 60 participants in the organisation who will select the replacement for the seat.”

TD Breathnach also said he was “absolutely not” championing his son to take the seat.

“Absolutely not...I don't believe in nepotism and that I would reserve my right in the tradition of Fianna Fail replacements on the council to nominating a member of familyif I felt it appropriate.”