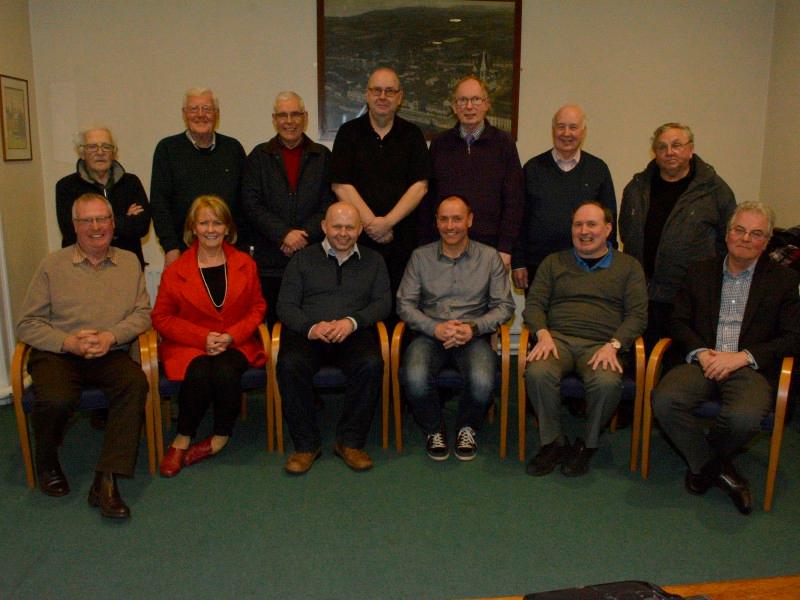 The future is definitely tourism and the Narrow Water Bridge represents tremendous opportunities for communities around Carlingford Lough according to Mark Kelly, President of the Warrenpoint, Burren and Rostrevor Chamber of Commerce.

Mr Kelly was reacting to a presentation given by Adrian O’Hare, Secretary of the Narrow Water Bridge Community Network, to a recent gathering of Chamber members at Warrenpoint Town Hall. The presentation was preceded by a video produced by the NWBCN.

The video, which contains some spectacular scenery, highlights the commerce carried on between communities on both sides of the lough via ford and ferry at Narrow Water down the generations.

Mr O’Hare outlined in his presentation the enormous tourism potential tourism potential of the Carlingford Lough Area. It comprises of extensive Areas of Outstanding Natural Beauty in Counties Down and Armagh with vast areas on conservation and special protection in and around the lough on the County Louth side.

Its geographic location, lying roughly half way between the two largest centres of population in Ireland, is second to none.

Rather than becoming the jewel of the East Coast, the area underperforms in touristic terms. Investment in the area continues to be sporadic as evidenced by hotels in spectacular locations lying derelict for decades.

This miserable litany of disinterest has been recently added to with the recent closure of a landmark restaurant and licensed premises after more than a century of business in Warrenpoint.

The bridge at Narrow Water offers the communities around the lough an opportunity to break this cycle of mediocrity by creating a natural interconnector for the scenic areas of Cooley, Gullion and Mourne. The bridge, said Mr O’Hare, will open up a world of sustainable tourism development from Downpatrick to the Boyne.

There is a critically untapped market especially in Britain and among our near-neighbours on the continent for new and interesting walking and cycling destinations. Fáilte Ireland has recently identified a potential market of 11 million cyclists in Germany alone.

The Chairman of Newry, Mourne, and Down Council, Mr Michael Ruane who also attended the meeting commented that NWBCN had put together a strong and cogent argument for the bridge and reaffirmed the support of the council for what is seen as a vitally important tourism infrastructural project.

Jim Boylan, Chairman of the NWBCN had the last word of the evening when he said that his committee is determined to have its voice heard in the forthcoming review of the project under the recent Stormont Fresh Start Agreement.

The NWBCN, he assured the meeting, has set its sights very firmly on the North South Ministerial Council which will table the matter at its June meeting.