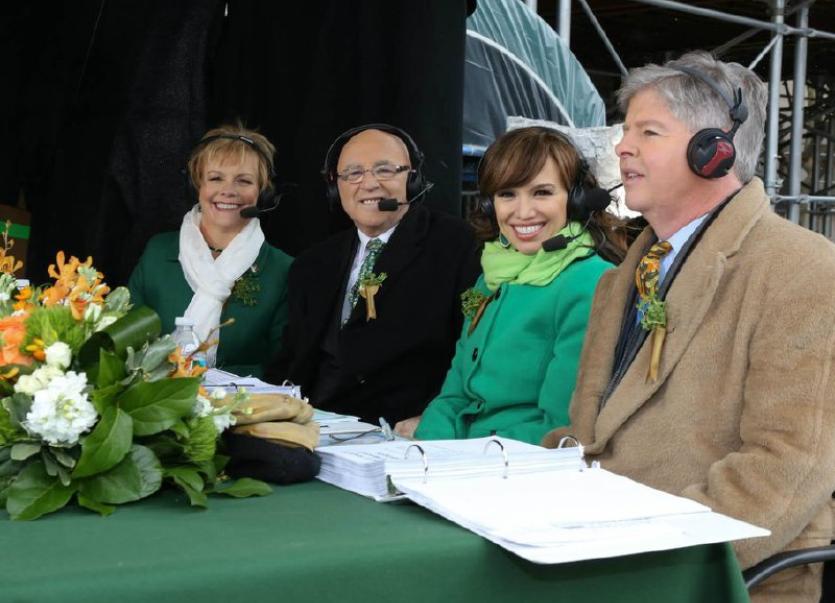 The Louth man will host the programme alongside his wife Treasa Smyth who works as a broadcaster in New York.

Tommy joined ESPN in 1993 where he works as a co-commentator and studio analyst for major soccer events.

Smyth was the 2008 Grand Marshal of the 247th NYC St Patrick's Day Parade and has been the co-host for local WNBC coverage of the parade since 1998.

This NYC parade takes on a special significance this year, as it is the first parade to allow members of the city’s LGBT community to march openly on St Patrick’s Day.

“We are honoured that Irish TV allows us to share this great celebration of St Patrick and our Irish-American traditions and values with the people of Ireland,” said St Patrick’s Day Parade Board Chairman John Lahey.

“As we march behind Senator George Mitchell, our grand marshal and a man respected and beloved in Ireland, we will mark the 100th anniversary of the Easter Rising and send a message of unity back to our brothers and sisters in Ireland.”

New York City Mayor Bill de Blasio announced that he will end his two-year boycott of the parade and will march not once, but twice at this year’s event.

The parade will feature New York’s traditional Irish-American organisations like the 49 Ancient Order of Hibernians, as well as the pipe bands of the NYPD and the FDNY.

“When you think about the history of the parade since 1762, it’s such an iconic celebration of all things Irish,” said Eamonn Donlyn VP of Irish TV America.

“As we get set to launch Irish TV across the US, it is great for us to be able to connect Irish communities on both sides of the ocean with this live broadcast, which is exactly the premise of Irish TV.

“New York has always had a strong connection with Ireland and we are excited to transport our viewers to the Big Apple for one of the biggest and best St Patrick’s Day events on the planet.”

Irish TV will also have live coverage of the Armagh city parade from 1.30-3pm.