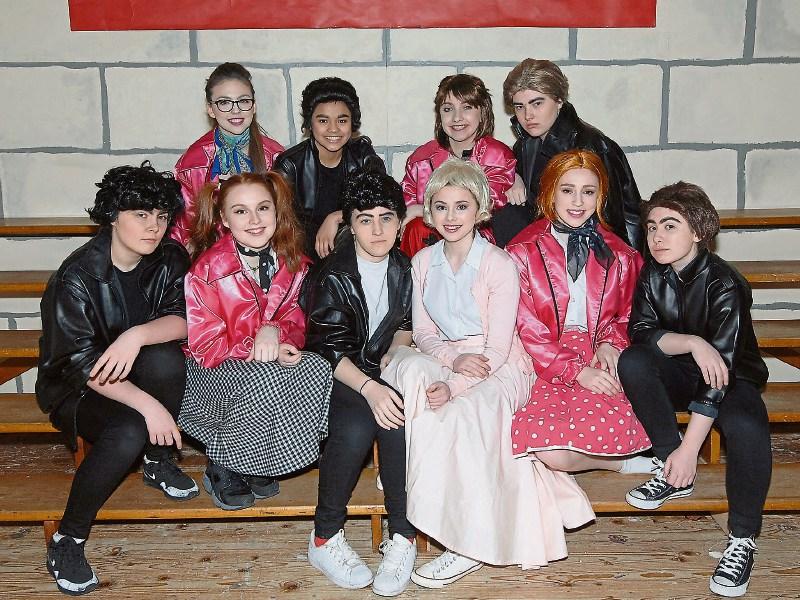 It is with great pride St. Louis bring this brilliant musical comedy to life. The journey for this popular show began back in September when we announced to the TYs that together we were going to take on the mammoth musical that is GREASE.

From the moment the girls heard the first chord of the iconic song 'Grease' their excitement and energy has been contagious with the sounds of these classic songs echoing from our chapel hall throughout the school.

“We were really taken aback when we realised the talent that this TY group had; from singers, to dancers, to budding actors - some so convincing that we've forgotten their real names! Their unwavering commitment, enthusiasm, dedication and positivity has to be commended.

“They have given this musical their all, with countless hours of rehearsal, singing, dancing, acting, choreographing, painting and designing of sets and costumes.

'Grease' the musical follows a group of girls and boys in their senior year as they deal with all sorts of teenage angst, from drive-ins to burger bars and heartbreak.

“ We started with a blank stage, a cast of fifty girls and a vision of how to bring this iconic story to life.

“We have been privileged to have witnessed their journey from that very first rehearsal day to now SHOWTIME!

“We have no doubt that this group of transition years have made a lifetime of memories together bringing this production to life.

“We hope you enjoy watching it as much as we have enjoyed making it,” concluded Kate O'Byrne, one of two directors, the other being Elaine Byrne.