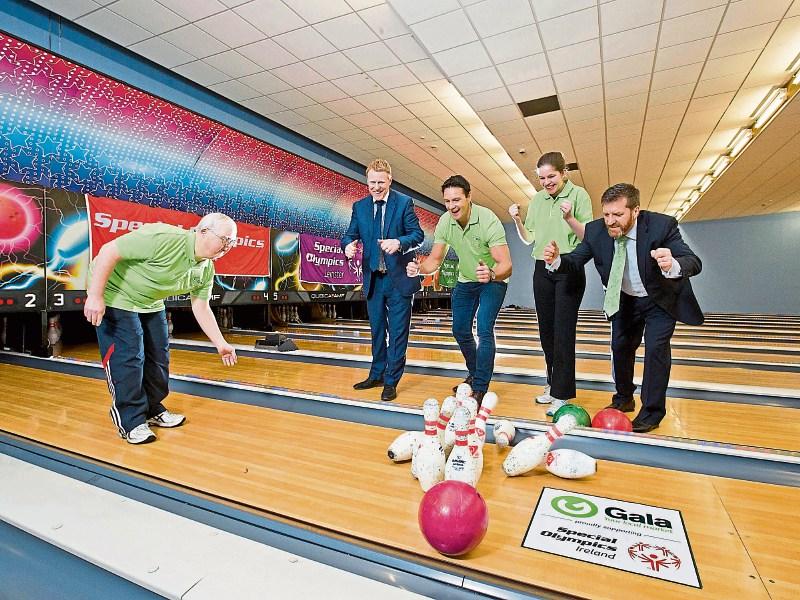 Last week marked the first step in the Olympics journey for Special Olympics’ athletes in Louth and Meath as they competed in the Special Olympics Area Event for Bowling at the Drogheda Leisureplex.

Local athlete, Brendan Kerley from Dundalk was in attendance at the launch. Brendan is a long-time member of St Therese’s Special Olympics Club (SOC) in Dundalk.

Over the years, Brendan has competed in football, athletics, table tennis, and was a key member in the St Therese’s SOC team which won the North Leinster Bocce League in 2015.

Gala’s relationship with Special Olympics Ireland has strengthened since it became one of the main sponsors of Team Ireland at the Special Olympics World Summer Games last year, when Ireland brought home an incredible 82 medals.

Commenting on the sponsorship announcement, Gary Desmond, CEO, of Gala explains: “Last year’s commitment to Team Ireland was a special partnership for Gala and from the outset, there were many special moments, right from the launch to the World Summer Games.

“As an Irish-owned convenience group, with almost 200 Gala stores across the country, all of our stores and their communities know either Special Olympics athletes, volunteers or someone within the Special Olympics family. Therefore, it’s a partnership that resonates with the Gala Group, and one that we’re extremely proud to be associated with.”

Gala’s sponsorship of the all-island Area Events is just the first of many initiatives that the Convenience Retail Group will be supporting over the next four years, and for many athletes, area events can be the highest level of competition that they compete at, therefore these competitions are hugely important to them.

Matt English, CEO of Special Olympics Ireland comments: “We had a wonderful first year with Gala during the World Summer Games and are thrilled that Gala is becoming one of our major sponsors of Special Olympics Ireland for the next Olympic cycle. This four-year pledge from Gala demonstrates their commitment to our athletes and the importance we afford to each step of the journey. From area events in local communities, to competing on the world stage, each step is as important as the next for our athletes.

“Sitting alongside Eir and Aer Lingus as a major sponsor, Gala’s support is invaluable to ensuring that our thousands of athletes will continue to benefit from the fun, friendship and team spirit that Special Olympics delivers through our ongoing sports programmes.”

Commenting on what makes the relationship with Gala Retail so important, Glenda Wright, Director of Marketing, Communications & Fundraising adds: “Our organisation has a natural synergy with Gala as it’s regarded as a Convenience Retail Group that supports its communities – the same communities in which many of our athletes and volunteers train and live in.

“We’ve seen how Gala stores supported their local athletes throughout World Games and are looking forward to a special four years working with the Gala Group.”

The Special Olympics all-island Area Events, supported by Gala Retail, are taking place across Ireland. The Area Events are the first stage of a four-year advancement programme which sees athletes progress from one level of competition to the next.

All athletes who participate at an area level competition are eligible to advance to the next stage of the programme, through the official selection process, which includes regional events in 2017, Ireland games in 2018 and finally to World Games level in year four. 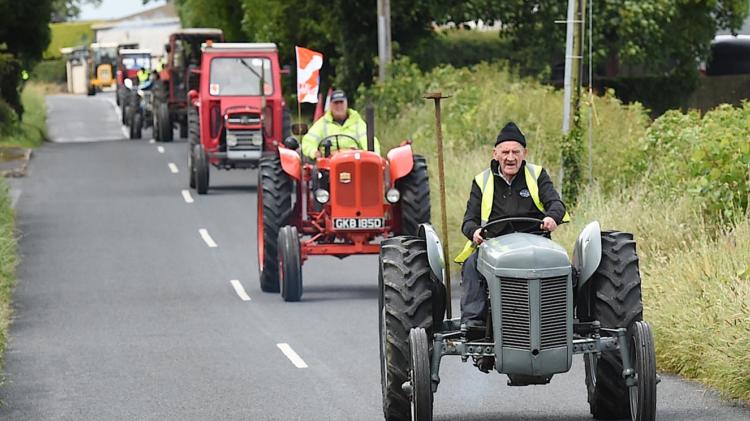