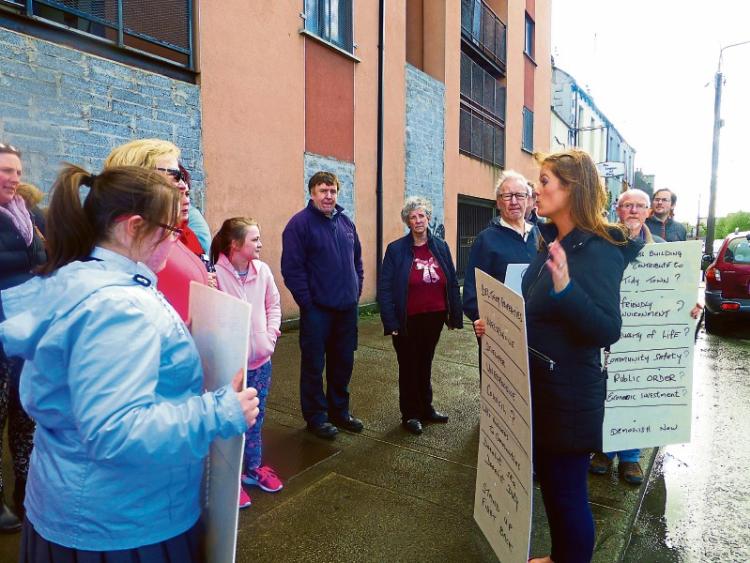 There was some positive feedback regarding the abandoned Ard Dealgan Complex on Quay Street at last week's Dundalk Municipal District Council meeting.

Sinn Féin Councillor Jennifer Green who has been to the forefront of a campaign to deal with the issue had put forward two ‘Notice of Questions’ asking for an update on the situation.

Speaking this week Cllr Green said “There have been several fires at the complex, the latest being last Friday evening and someone is going to be hurt or worse.

“There are people living illegally in the complex and creating a nuisance to the residents around the Quay area. This issue is not going away and we will not be ignored.”

“I have now been told by the Council that the Ard Dealgan issue is now a ‘priority’ and that the Council ‘has had discussions with a number of approved housing bodies in relation to a re-development solution.

“The Council has also highlighted the site to the Department of Environment as a site that should be re-developed. Discussions are continuing in this regard and when these matters are concluded the members will be advised.’”

Cllr Green said “while I give a cautious welcome to this news, what worries me is that there is no time frame in place.

“Every summer we have problems with fires and at one stage there was a barbeque held on the roof of the complex.

“The residents have had enough and this matter needs to be resolved as soon as possible.

“I will continue to keep the pressure on the Council.”

The block on Quay Street has fallen into ruin since it was officially declared unfit for human habitation upon completion, and it has become both an eyesore and a mecca for antisocial behaviour.

The apartments which were originally developed by former IRA hunger striker Tom McFeeley, will be sold as part of a package of non-performing loans by IBRC, who are set to sell off some €22 billion in assets.