Tommy Reilly had the respect of everybody 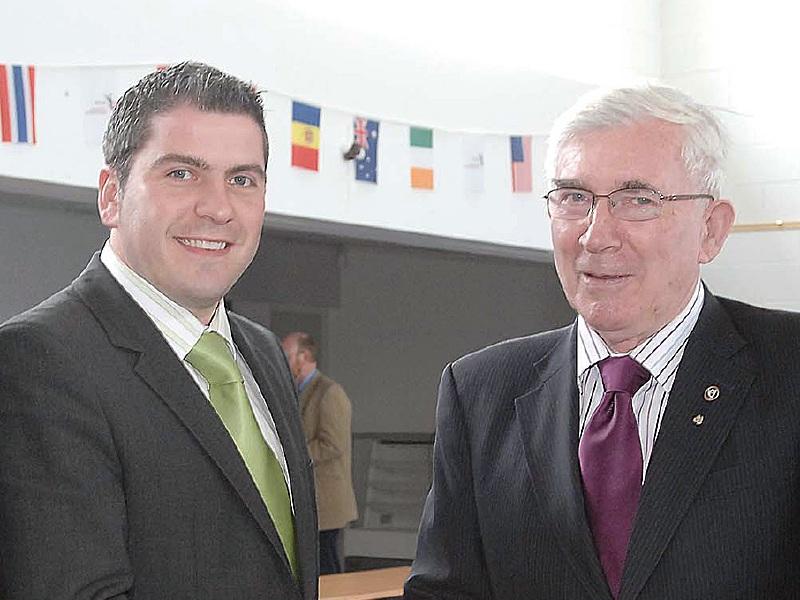 Warm tributes have been paid to former county councillor Tommy Reilly, Milltown Grange Dromiskin, who died last week, but the elegant and beautiful tribute by his son Liam at the Requiem Mass at St Peter’s Church Dromiskin on Sunday last, was unquestionably the finest of all and drew warm and prolonged applause from the huge gathering.

People and politicians of all persuasions came to pay their respects to Tommy and members of the Reilly family.

It was one of the largest ever funerals seen in Dromiskin and bore testimony to the esteem in which Tommy Reilly was held.

In his tribute to his father, Liam spoke about Tommy’s career in politics, his work for St Vincent de Paul, Dromiskin Tidy Towns, and the senior citizens, and he thanked the carers, staff of The Birches Alzheimer Day Care Centre and St Oliver’s Nursing Home, for all their kindness and help.

Tommy Reilly had been a public representative for 17 years, and during that time, he gained the respect of all, not just from the people of mid-Louth whom he represented, but throughout the county and beyond. Tommy was first elected as a Fianna Fail councillor to Louth County Council in 1991. I recall him saying to me that back then the local authorities were in debt to the tune of millions. He said John Quinlivan then became the county manager and starrted to turn things round, helped by the advent of the Celtic Tiger. Tommy said that he witnessed the county move from being in debt to becoming one of “the most advanced counties anywhere on the island”.

Tommy was twice chairman of the county council, a member of the County and City Council's executive, which was formerly known as the General Council of County Councils. He was also a member of the East Border Region committee, and Interreg, the cross-border funding body. But he was never carried away by the economic boom and never forgot the hard times, when everyone was in the same boat and people looked out for one another.

“If you had a bag of spuds to spare, you left it in with your neighbour,” he told me. “And you would see it especially when there was a threshing, which was a great community activity.

“Everybody would come to work for the day and it was a great social occasion too. People were closer then.”

“If you were on a bike or walking, you went along with your neighbours and you talked with them.

“Now we have less time for one another.”

For years, he was a member of Darver Parish Council and the local St Vincent de Paul. He was also on the Joe’s committee and was chairman of Darver-Dromiskin IFA for 20 years. He remembered the battles between the farmers and the Government, the marches to Dublin and the sit-ins outside Leinster House.

“The late John Joe McGuinness made a special pre-fab and brought it up to Leinster House for the farmers to use as a shelter.

“This was before the EU and we were dependent on the Government for a cut of the budget.”

He gave up farming and became a full-time councillor and was respected by people of all political persuasions.

“There is great satisfaction when you manage to do something for people,” he said.

“You feel that you are a community worker as well as a politician and it’s great to try and get something done for someone.”

Tommy is survived by his wife Madge, daughters Siobhán and Roisín, sons Damian, Liam and Tomás and his brother Willie. He was predeceased by his parents Mary and Thomas, brother Kevin and nephew Kevin.