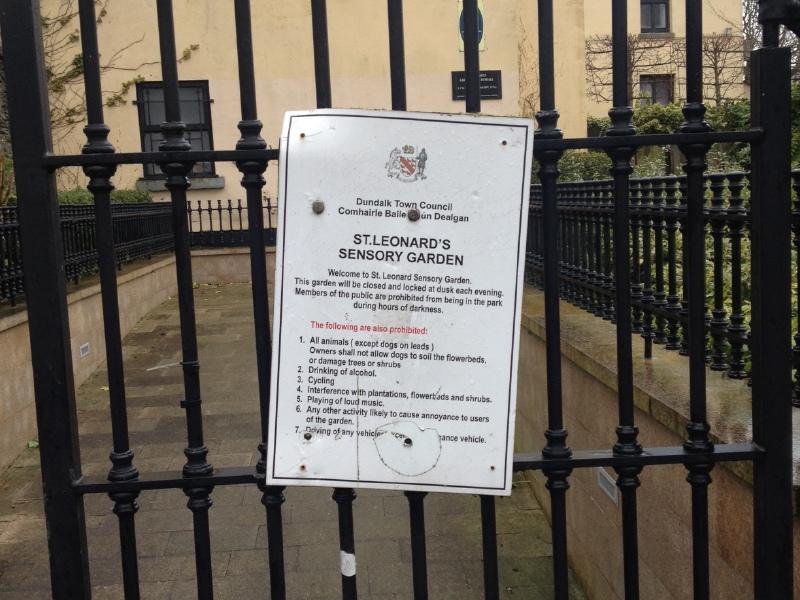 It appears that daytime drinkers have returned to haunt Dundalk’s very own sensory park - St Leonard's Gardens - several years after the problem had been dealt with.

Those passing the popular town centre park will have noticed the all too familiar sight of drinkers waylaying the once peaceful greenspot - a number of years after theproblem had been identified and resolved.

Recreational daytime drinkers can be seen in the garden - even as early as 9.30am in the morning.

Their presence scares many local people away from using the sensory garden.

The fact that the park is placed above the road and is partially covered, means that drinkers are hidden from passing cars.

Talking to the Dundalk Democrat - Chairman of the Dundalk Tidy Towns, Willie Duffy, says he is disappointed to hear the problem has returned.

“I had not heard that it had returned,” Willie told the Democrat. “We were aware that groups were just spending the day there. Quite honestly I thought we had dealt with it, as we had been on to the Gardaí.

“I wasn't aware that it was back.

“All I can say and do is that I will start spot-checking it again and build up an evidence file and deal with it again.”

Mr Duffy had been successfu in driving out the problem when it previously arose.

“I'll drive then there most days and I'll check it myself.

“It's a perfect park for people to go sit in in the town and if it has become a 'no-go area' we will have to make it a 'go area' again. It's as simple as that,”concluded Mr Duffy.

The gardens were commissioned by the Dundalk Urban District Council in 2001, its remit to development a sensory garden on the site of St.Leonard’s Garden.

Sadly while there is no denying the attractive design of the park, it now once again appears to be a “no-go” area for the citizens of Dundalk.