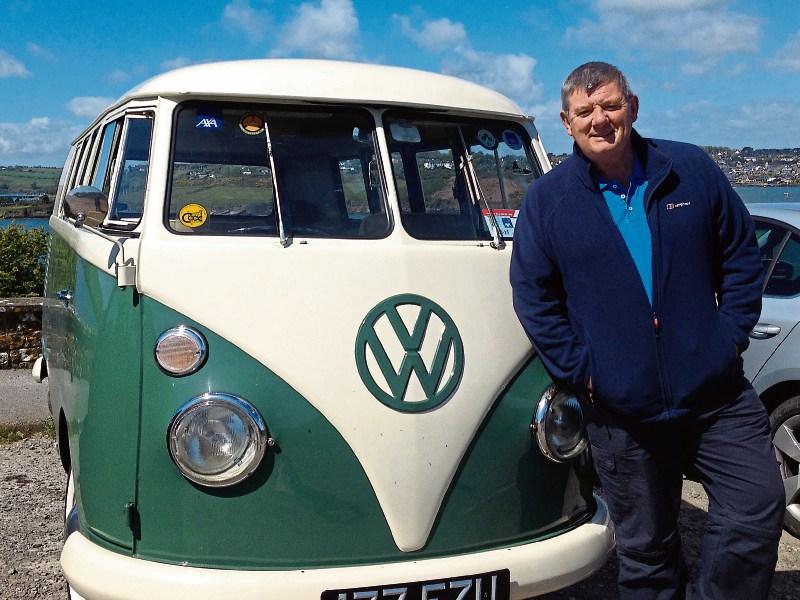 RTE will be filming in Meath, Louth and Monaghan this March and April for John Creedon’s new television series ‘Creedon’s Epic East’. RTE One’s Creedon’s Wild Atlantic Way proved a huge success last year. So this Summer, John is back on the road with his faithful VW campervan, his Sean Van Bhocht, but now, he’s heading to the other side of the country.

Failte Ireland has developed the Ancient East which takes in 16 counties and John’s route will stretch from Louth to Cork and from Cavan to Wexford. It’s a place of warriors, worshippers and invaders which John is about to explore in his inimitable way.

And this time the Sean Van Bhocht has been elevated to a Time Machine. ‘It’s possible to travel through 5,000 years of history in just one hour throughout the East,’ explains John. ‘So you can find something from the 5th century and 10 minutes down the road, you could arrive at a stately home dating back to the 18th century. It’s going to be fascinating to uncover the landscape’s stories.’

But John needs your help because he wants to discover the East’s hidden secrets.

‘I want to be led well off the beaten track,’ says John. ‘Perhaps you know a special place with a tall tale attached, or somewhere that just makes you go Wow! I want people to let me know about anywhere or anyone that they think I should visit on my journey.’

To get in touch you can reach me at elizabeth.o’brien@rte.ie