Breathnach goes to the top of class in Fianna Fail comeback 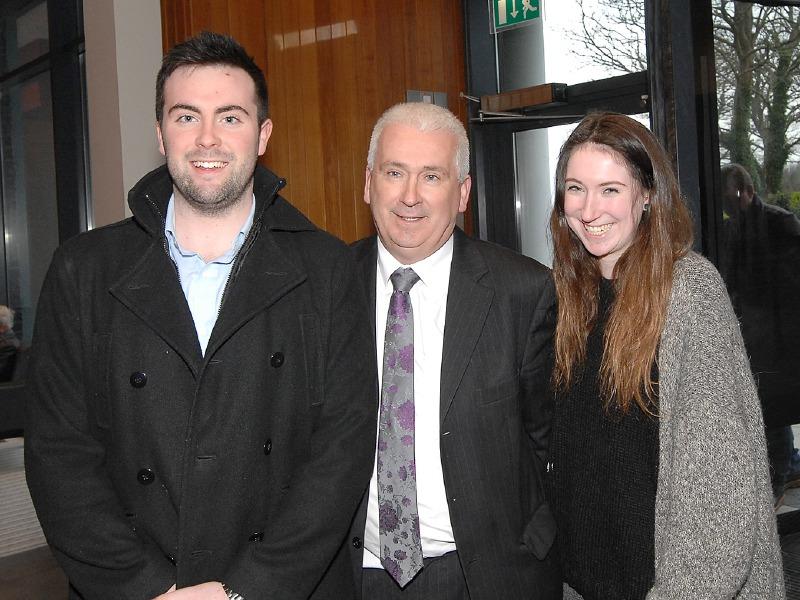 It was a great comeback by Fianna Fail nationally and in Louth.

Declan Breathnach topped the poll and the fact that most of Emma Coffey's transfers went to him shows that this round Fianna Fail got it right.

It was a good performance by Coffee who was making her election debut.

Out of that a total of 2,261 went to Breathnach enough to get him elected on the sixth count.

So the Fianna Fail party machine in Louth contributed to the overall success of Fianna Fail the party that made a complete comeback after the disaster of 2011.

Declan Breathnach thanked the people for voting for him and the party organisation for the tremendous support.

He said that the feeling on the doorsteps was that people were angry.

“Crime and safety were issues which were raised on my canvass each and every day,” he said.

“It's sad to see the number of people who are genuinely afraid of opening their doors for fear of attack or theft. This is something which no one should have to feel in their own home or community.”

In his campaign he said that with Garda numbers down almost 15 per cent in the Louth area, and the closure of 140 local Garda stations across the country, it's clear that enough is not being done.

He wants to reverse what he describes as Fine Gael and Labour's harmful cutbacks in this area, and increasing Garda numbers would be among his top priorities.

And he wants to see the Garda Inspectorate Report implemented.

Among the recommendations in that report is a proposal for the release of over 1,000 gardaí for front-line policing. The Inspectorate has made 81 recommendations which need to be implemented as soon as possible.

Muggings, or theft from a person as they’re described in the statistics, are up 81.2 per cent between 2011 and 2015 while sexual offences are up 23.6 per cent and burglaries are up 22.1 per cent for the same period.

“It just doesn’t make sense that there are fewer gardaí on the street while crime figures are increasing,” he said.

“Fianna Fáil welcomes the publication of the Garda Inspectorate Report. We are committed to a Garda Siochána that is active, visible and effective in communities nationwide.

“Having been left more isolated and more vulnerable by Fine Gael and Labour cuts to garda resources, communities need to know that the law is on their side.

“We will work to ensure that the use of the Garda resources is maximised so that people here in Louth can have faith in policing in their communities. Sadly the latest crime figures show that current policing policies are not working.

“The report says that at least 1,500 and possibly up to 2,000 fully trained gardaí could be taken out of offices to police the country. This option needs to explored fully.”

Deputy Breathnach also said that Fianna Fáil is committed to building 45,000 social housing units and he will try his very best to bring as many of those houses to Louth as possible.

But the next step of course is the formation of a new government.

A deal between Fianna Fail and Fine Gael looks like the only viable proposition at the moment but many in Fianna Fail have already said that they won't back Fine Gael.

Fianna Fail would have to convene a special ard fheis before making any agreement.