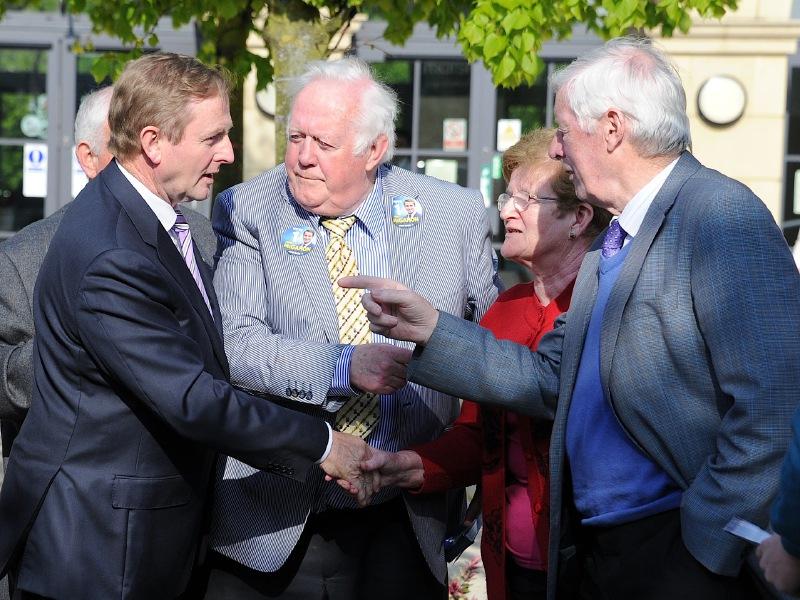 “Did I see McGahon out there,” Enda Kenny asked the local press when he dropped into PayPal on his whistle stop tour that took him to Dundalk during the election campaign.

“I shared an office for four years with that fellow,” the Taoiseach and Fine Gael leader said, and for a brief moment his face lit up and you could see him recalling the maverick McGahon, the foxy figure who had brought so much colour to the Dail in his day.

Later I met Mr McGahon as we both tried to find our way out of the beautiful vast PayPal international headquarters, the industrial pride of Dundalk, where nearly 1,000 people now work.

“He was asking for you,” I said. “Said you shared an office in the Dail.”

“We did,” said Brendan. “And you know something, he's changed, or rather, high office has changed him. It wears people out. He’s still a genuine, intelligent fella, who cares about people and wants the best for everyone, but it's a job that takes its toll. When I stepped away from it all fourteen years ago, I told him to get out whenever he got the chance. He didn't take my advice and went on to greater things.”

“Yes,” I said. “He did.” And then I thought that maybe things have become too great. And although Mr Kenny showed that he still had the people’s touch when visiting Clare and Mayo later in the election campaign, when he visited Dundalk it was all business and the economy. Nothing wrong with that. But what about meeting the people on the streets?

It seemed very much a leader’s campaign.

When Mr Kenny asked “did I see McGahon”, you felt that he was fed up with having to speak the same lines day after day, and that he longed for a little bit of election banter. But it was not to be. During this campaign we were endlessly told that the play, or what the Government had done, was the thing.

You always got the feeling that this election was about the actor’s performance before the media rather than connecting with the audience.

“Much of the media is denigrating politics,” Brendan McGahon continued, as we both continued our journey through the magnificent PayPal Centre, an economic powerhouse in what was once an industrial white elephant.

“Take for instance how Brian Cowen was treated.,” he said. “It was disgraceful. Politicians may be fair game but lambasting people is another thing.

“The emergence of so many small parties and independent groups is destabilising the country.

It’s now a one minute banjo. Government is a serious business.”

He said that irrespective of who wins the election, politics should be taught in schools.

“Why politics is necessary should be taught in both primary and secondary schools so that people will grow up with a better understanding of politics and the responsibilities it entails.

“If there is no clear winner in the election I hope to see a Fine Gael - Fianna Fail led coalition.

“I would hope that the Civil War politics would be a thing of the past because Ireland’s future is at stake.”

But whatever about the outcome, he definitely believes that politics is the art of listening to people.

“Irish people understand politics,” said Brendan, “but as somebody who has always stood for democracy I am concerned.”

Whatever about our democracy changing. Our style of campaign seems to have changed. This was like an American election campaign by the outgoing Fine Gael and Labour Government.

In Shakespeare’s As You Like It, Rosalind tells us that “love is merely a madness”. Well, if that’s true, then politics is definitely a madness. But it used to be fun. A politician in power could walk about and meet the people, find out what was really going on in the country, instead of being told where to go and what to say by your PA.

It was all very natural then. No wonder Enda looked for McGahon this time. Sure the poor man must have been fed up.