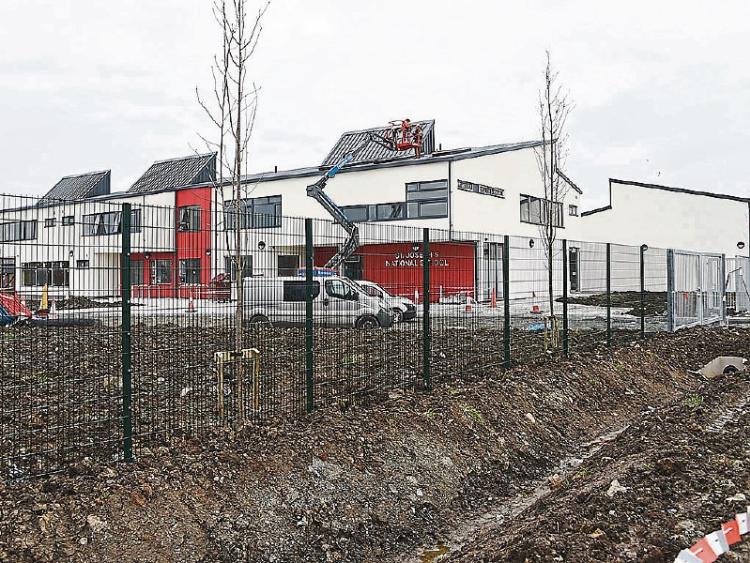 There is great anticipation in Muirhevnamor Dundalk as contruction work at St Joseph's NS nears completion.

The refurbishment project is a massively positive boost for the school and will make St Joseph's one of the best resourced national schools in the north east.

The excitment among both pupils and teaching staff is palpable, with doors expected to open in just two weeks time.

“Everything is going very much to plan,” Principal Marcella O'Conluain told the Democrat. “In fact I believe we are two weeks ahead of schedule on the original plans. Kilcawley Construction are our builders and we are very pleased with them.

“At that stage the school will be vacating all the prefabs on the site. No class will be in a prefab as of 14 March which is a major acheivement because for over 30 years we've had prefabs here.

“We are going through an expansionist time in the history of the school. Our numbers now are higher than they ever were, with 520 students, making us one of the biggest schools in the north east.

“It's a very exciting time. We will fill every single place in the new school. We are keeping the old school obviously, as well as it was refurbished to a very high standard in the summer as part of Phase 1 of the building project. All students are benefitting from the building project.”

The new buildings included eight resources rooms, a two-storey library with views of the Cooley Mountains and a new hall that is four times larger than the previous one.

“The old building was very conservative and very hidden.

“There's a brand new entrance onto Tom Bellew Avenue, which is going to be a great help for turning and parking, which is always a challenge for schools.

“The other spectacular part of it is the massive hall. That is really going to take on the whole physically education agenda head-on and will be able to offer a spectacular physical education programme.

“The pupils are very excited, fourth, fifth and sixthth will be going into it, but all children will use it.

“It's great news for Muirhevnamor. It really is very positive to see such an investment in the future.”