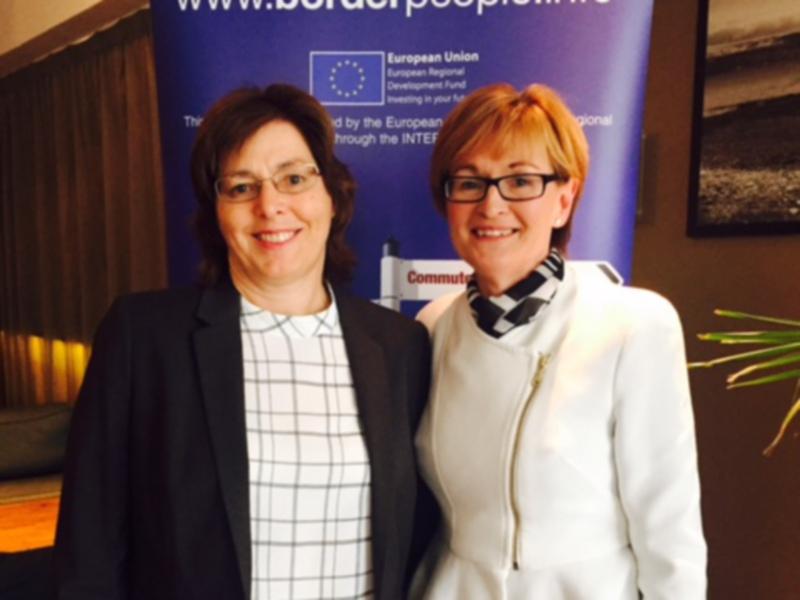 There is a risk that a Brexit – the UK voting to exit the EU - could shatter confidence in the EU Mairead McGuinness MEP and vice-president of the European Parliament said in a keynote address at the annual conference of the Centre for Cross Border Studies at the Crowne Plaza Hotel Dundalk.

Ms McGuinness addressed the question of What Europe Do We Want?

“The negotiations around a deal for Britain have happened at a very bad time for Europe when concerns around financial stability have not yet been fully resolved and when there are growing fears around the issue of migration,” she said. “A Brexit could trigger other countries into looking for a new deal with the EU which at its most extreme could unravel the union.

“This is not to be taken lightly. It is important that we have a balanced debate. We must look to the vast benefits gained and continuing to be gained from 28 countries of 500 million people working and trading together and with the wider world. In this regard there is huge strength in numbers when dealing with other trade blocs. It is not until we look to other continents that we sometimes get to understand how prosperous we are, despite recent financial difficulties. It’s important not to forget the origins of the EU which grew from the absolute devastation of two world wars.”

At the same time she said the EU needs “a very strong recharge of its batteries and it must acknowledge its faults - including over burdensome bureaucracy which it is now attempting to correct.”

Turning to the Ireland-Britain relationship she said: “Our two countries are more closely intertwined perhaps that any others within the EU. This includes trade links and thousands of Irish people living and working in the UK.

“So, the prospect of a Brexit clearly will have major implications, not least because we share a land border.”

McGuinness said that when the referendum debate begins in earnest there will have to be an honest appraisal of the implications for the UK of leaving the EU.