The Irish Volunteers show is worth a visit 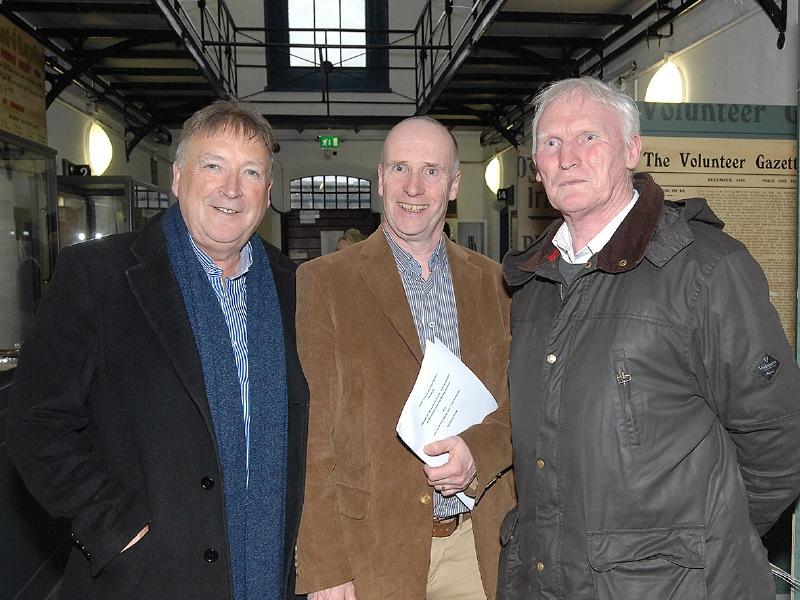 The Irish Volunteers exhibition was developed by the Military Archives in 2013 to commemorate the establishment of the Volunteers. Now as part of Louth’s 2016 centenary programme of events, it is available to the public to view at Louth County Archives, next to the Garda Station on the Ardee Road Dundalk.

At the opening of the exhibition, local historian Dr Donal Hall gave an interesting talk on the Louth Volunteers and in particular their leader Paddy Hughes. Professor Emeritus Michael Laffan also gave an illuminating talk on the background and context of the Irish revolutionary period and Commandant Stephen Mac Eoin spoke about his work in the Ireland 2016 Project Office and the many important collections of the Military Archives.

The bi-lingual exhibition charts the history of the Irish Volunteers from 1913-1918 and highlights the archives held by the Military Archives, which are particularly significant to this period in our nation’s history. It is designed chronologically and focuses on certain aspects and events that occurred each year, commencing in 1913.  The exhibition concludes in 1918 at the point when the First Dáil had been established and thus commenced the transfer of military authority from the Irish Volunteer Executive to the First Dáil.

Also on show is an exhibition narrating the story of The Louth Volunteers 1914-1918 which has been developed by Louth County Archives Service.

Volunteers in the County Archives until the end of March. Admission is free. Telephone 042-9324358.