Someone is going to get seriously hurt - Green

Another fire at Ard Dealgan 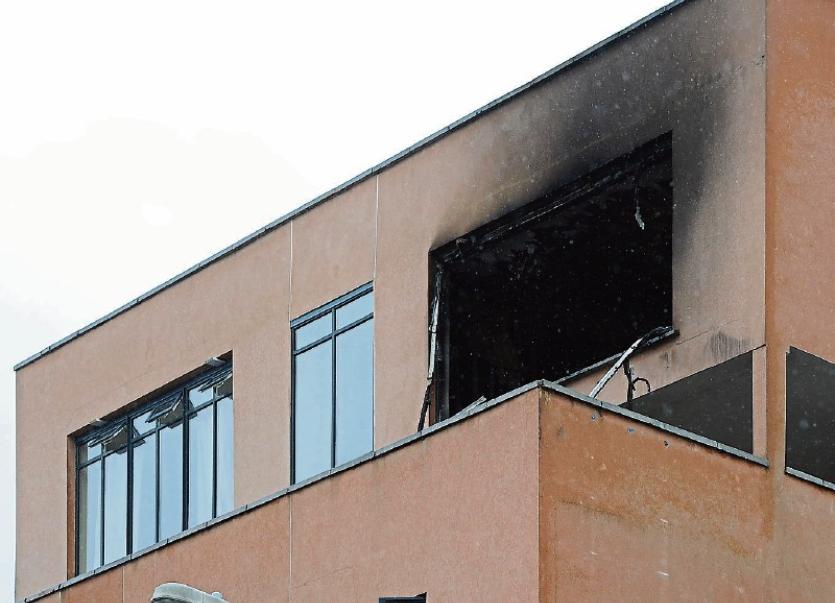 After the latest fire at the controversial Ard Dealgan apartments in Dundalk Cllr Jennifer Green says that it is only a matter of time before someone is seriously hurt.

Two appliances from Dundalk Fire Station attended the blaze at the block last week, which is believed to have been an act of arson.

Cllr Jennifer Green who previously held weekly protests at the apartment block says she is satisfied that arson was the likely cause of the blaze and that it is just a matter of time before someone seriously jurt.

“There just isn't enough stuff in their to take fire by accident,” Cllr Green said. “There are no couches or furniture.

“It was mischief. At this stage there is a fire in there every few weeks. It was a substantial enough fire.

“I feel, no matter what they say, that the council needs to act on this.

“Ultimately this was given planning permission and it was not built properly, so some responsibility has to fall with the council.

“It seems impossible even to get a definite answer on who actually owns the building. The council has told me that it is not considered an unfinished housing estate, so it's not entitled to funding from that direction.

“There was a suggestion to knock it down and turn it into some kind of social housing, but it seems as no one is willing to take responsibility for it, it's just getting kicked down the road.

“Someone is going to get seriously hurt, even possibly lose their lives.

“There are residences adjoining this building. What would happen to them if the whole block went on fire?” Cllr Green asked.