Dundalk is getting behind the parade 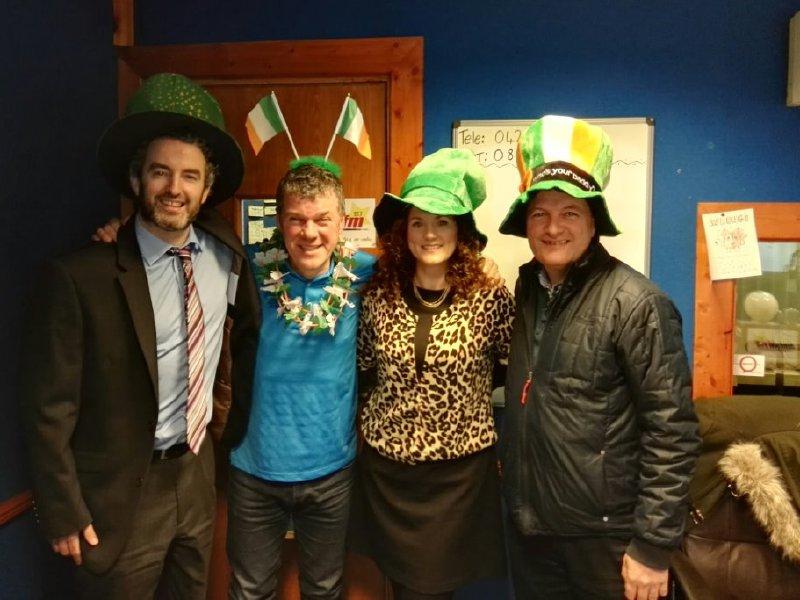 With preparations well underway for this year’s St. Patrick’s Day Parade two of this year’s main sponsors - Dundalk Credit Union and Fyffes - took to the local airwaves with Parade chairperson David Minto to talk about the upcoming festival.

The parade is organised and supported by Dundalk Bids and the Dundalk Chamber who work closely together and are pulling out all the stops to create a memorable day for all.

Dundalk FM’s Talk of the Town’s host Michael Duffy who is also the St Patrick’s Day parade MC chatted with the three to find out wants coming up and why they are involved. Dundalk Credit Union’s Stewart Agnew said:

“Dundalk Credit Union is delighted to be one of the main sponsors of this year’s St. Patrick’s Day parade. It is a very significant event for Dundalk and the local community in such a commemorative year and as we are very much at the heart of the community ourselves we felt it very appropriate for Dundalk Credit Union to become involved in what promises to be a memorable family and community event”.

“Thanks to the parade sponsors Dundalk Credit Union, Fyffes and Louth County Council they have given the Bids and the Chamber team plenty to work with and the spectators of the parade as they will also be entering floats in the Parade this year.

Confirming Fyffes involvement, their sales & marketing manager Emma Hunt-Duffy said: “We are proud to be getting behind the parade as part of our ongoing commitment to supporting the community and people of Dundalk.

“We hope mums, dads and little ones have a great day while keeping an eye out for our new Freddy Fyffes character who will be making his first public appearance.” Bananas, t-shirts and goodie bags will be among the giveaways at the forthcoming Dundalk St. Patrick’s Day Parade from the Fyffes Float.

The 17th of March will be a great family day in Dundalk with the parade which starts at 1pm being followed by plenty of family fun and entertainment on the Market Square area.

A real carnival atmosphere is expected with plenty to keep young and old amused.

For more information regarding getting involved in this year’s parade contact the committee at 042 9336343 or email certs@dundalk.ie