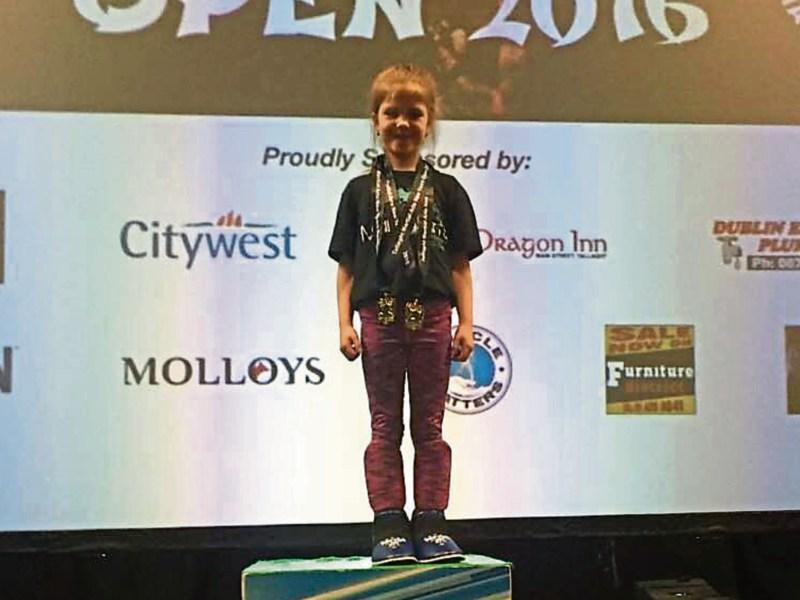 BLACKROCK schoolgirl Lily Delany took home two Gold Medals from the Tallaght Martial Arts New Years Open which was held on 31st January 2016 in Citywest Convention Centre. This was Lily's very first kick boxing competition and she fought off tough competition to secure her gold medals in points fighting, under 6 and under 8.

Lily competed alongside with her club mates from Irish Martial Arts Academy (IMAA) and the Tallaght event saw the 24 competitors from IMAA secure an impressive number of top placings and medals.

They also came back with great experiences and memories and are looking forward to the Irish Open International in March. If anyone is interested in a free trial with Irish Martial Arts Academy you can visit the club on Facebook or contact Eamon Lawlor on 083 103 1445