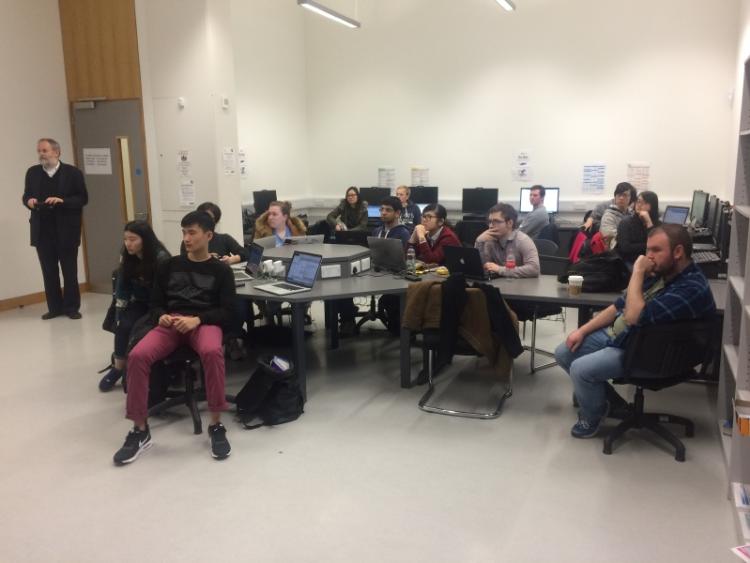 During the online qualification round, teams of students were presented with a real-life engineering problem to solve – challenge accepted!

Organised into teams of three and four students, the DkIT cohort set out to overcome the challenge which involved the efficient and effective delivery of goods using drone technology.

Under the umbrella of the DkIT ACM Student Chapter and the watchful eyes of chairperson, Shane Gavin and secretary, Gwion Smith, a hub was set up in the IT Learning Centre in the Carrolls Building where the teams came together, though competed side-by-side, over the course of four hours.

This year, over 17,000 students took part worldwide, and the winners will be invited to the Google Paris office to face off in the final round of the competition.