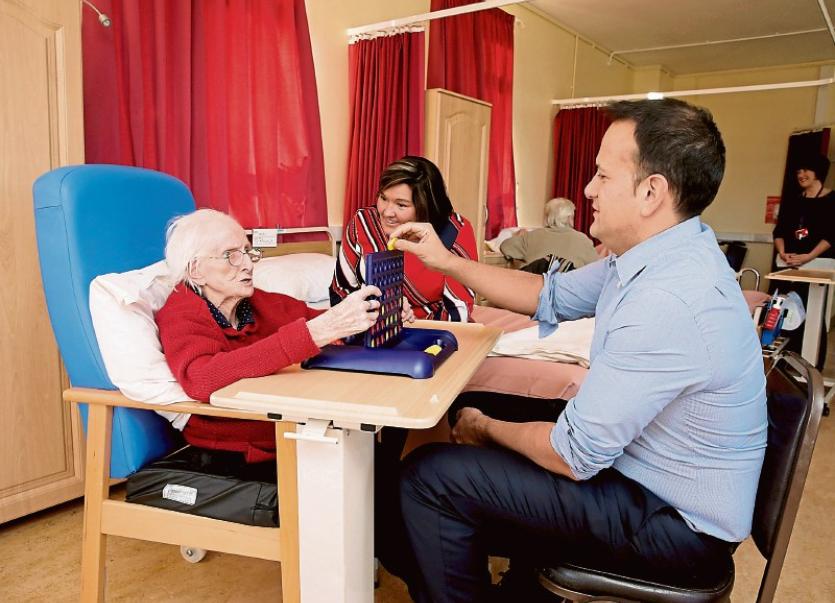 “Over 1,000 people have signed an online petition to restore full services at Louth County Hospital.

The signatures were collected on iPetitions.com

- namely on a petition stateing: “This petition is calling for the Government of Ireland to restore the full services to the Louth County Hospital in Ireland.”

One person who signed the peititon said: “Shameful that the politicians - not all of them I hasten to add - but the ones who have done nothing for the people of Dundalk regarding our priceless Louth Hospital, should be sent to lie on trollies and watch our older people suffer and get worse as they lie in corridors in dreadful situations, not because of nurses or doctors but because of past and present governments.”

Another wrote: “Fantastic hospital and great staff. Thank god they were there when I needed them. It is an out right disgrace that this hospital is not fully operational I got the best of care here.”

Adams said:“As Minister Varadkar visited Dundalk 536 patients lay on hospital trolleys across the state. 31 of these were in Our Lady of Lourdes Drogheda. The first three days of this week were among the highest for trolley numbers in recent months.

Figures released by the Irish Nurses and Midwives Organisation show that last year 92,998 people were treated on trolleys in hospitals across this state. This is the highest ever number of patients recorded since the Trolley Watch Campaign began in 2006 and represents an increase of 21% in hospital overcrowding.

It is also a damning indictment of this Fine Gael/Labour Government.

The closure of essential services and downgrading of Louth County hospital contributes every day to the numbers of patients on trolleys in Our Lady of Lourdes.

Government cutbacks have seen the children’s ward, the maternity unit, the gynaecological unit, the Emergency Department and the Acute Medical Services all go. As these and other services were slashed it inevitably impacted on Our Lady of Lourdes Hospital in Drogheda.

And all the time that they were doing this the bankers were getting €64 billion.

Sinn Féin is committed to creating a universal health care system that will mean no more bills for prescriptions, or bills for visits to the emergency department or to the doctor or for medical procedures.

Our fully costed healthcare system will be free at the point of delivery, based on need and funded by progressive taxation.

Sinn Féin believe that a fair society must include all its citizens. And that all citizens have the right to be treated equally. And central to this is the provision of a wrap around health service from the cradle to the grave.”